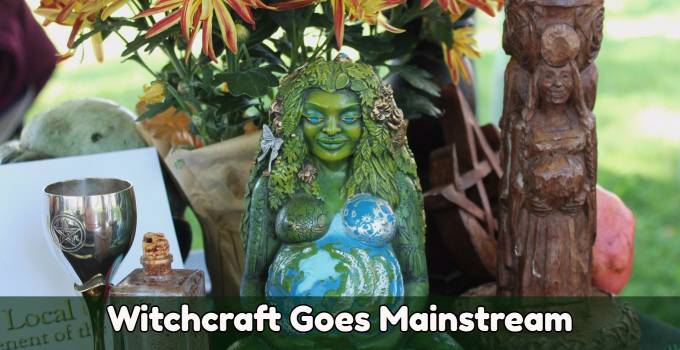 Neopaganism has become one of the fastest-growing religious movements today. Christians are not immune from its influence. Witchcraft and occultism are knocking on the doors of American homes, gaining acceptance and prominence in media and advertising, and enticing people of all ages to dabble in deceptive and dangerous practices.

In his book Witchcraft Goes Mainstream Brooks Alexander offers lucid and enlightening descriptions of witchcraft today and our culture's acceptance of it. He concludes by helping Christians formulate a reasonable response.
[Continue Reading...]

In his third book, Hassan updates his Strategic Interactive Approach -- a method by which friends and family members can help loved ones leave controlling people, cults and beliefs.
[Continue Reading...]

The Rose Guide to the Temple is a a full-color, large format book that provides a complete easy-to-understand overview of the history of the Temple in Jerusalem.
[Continue Reading...]

The publishers of Apologetics Index have received permission from Moody Publishers to post online a chapter from the book, Faith Misguided: Exposing the Dangers of Mysticism, by Arthur L. Johnson.

The book, first published in 1988, is currently out of print. However, its content continues to be of interest to Christians who wish to understand not just today's religious and spiritual trends outside of the Church -- but also certain teachings and practices that have been introduced in the church over the past few decades.
[Continue Reading...]

An Age of Religious Confusion If we were seeking an appropriate label to describe the religious scene in the last three decades of the twentieth century, we would do well to consider it “the age of confusion.” There are many different religions in the Western world, each seeking adherents.… Read more
[Continue Reading...]

By revealing Himself through the written Word, God has committed Himself to using rational concepts as a tool for revelation, thereby making human reason absolutely necessary. Yet mystic literature abounds with statements that reject the reasoning ability as an adequate tool for gaining knowledge.
[Continue Reading...]

Neo-paganism is a complex phenomenon — counterculture, movement, religion and lifestyle are all aspects of what Neo-paganism represents to its adherants. It is also a dynamic phenomenon — Gerald Gardner’s “wicca” began to change and evolve, almost as soon as the concept entered his mind; it continued to do so throughout his career, and Neo-paganism as a whole maintains that pattern of mutating growth today.… Read more
[Continue Reading...]

Even though it took the work of thirty years to prepare the way, the public's attitude toward Witchcraft was effectively turned upside down in less than a decade.

This is the Conclusion of Witchcraft Goes Mainstream, by Brooks Alexander
[Continue Reading...]

The purpose of interfaith work from the Witches' point of view was to establish Witchcraft as a religion among religions, thus increasing the acceptance and acceptability of Witchcraft in society, and thereby serving the ultimate purpose of increasing the physical safety and enlarging the social comfort-zone of Witches in general.

Judged by those standards, the Witches' "interfaith interface" has been remarkably successful. Today the Witchcraft movement has already achieved legal status as one religion among many, and is on the verge of achieving it socially -- which is exactly what the interfaith approach was designed to accomplish.

This is Chapter 7 or Witchcraft Goes Mainstream, by Brooks Alexander
[Continue Reading...]

The history of European witchcraft can also be seen in terms of the coming together and breaking up of its individual components. Prior to the middle ages, witchcraft did not exist as such, because it was still in pieces. Its components had not yet abandoned their separate histories and been fully joined.

After the Renaissance, the process reversed itself , and witchcraft ceased to exist as such because it went to pieces. This is chapter 6 of Witchcraft Goes Mainstream by Brooks Alexander.
[Continue Reading...]

This is Chapter 5 of Witchcraft Goes Mainstream, by Brooks Alexander.
[Continue Reading...] 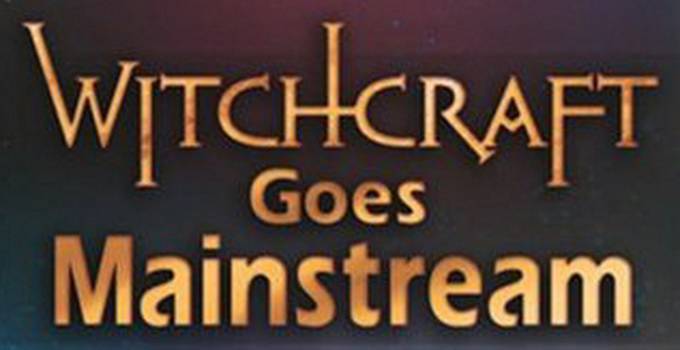 Buffy is second only to The Craft as a milestone in the ongoing spiritual devolution of American culture.

This is Chapter 4 of Witchcraft Goes Mainstream, by Brooks Alexander.
[Continue Reading...]

Teen-oriented media is a kind of youth-culture echo-chamber -- an ideal environment for commercial manipulation. Without any standards other than profits and ratings, the media is "both responding to interest in Witchcraft and creating it, in a rapid feedback loop."

The mid-1990s explosion of Witchcraft in the media can be seen as part of that process, and as a sign of the new (teen) center of gravity in media marketing and entertainment.

This is Chapter 3 of Witchcraft Goes Mainstream, by Brooks Alexander
[Continue Reading...]