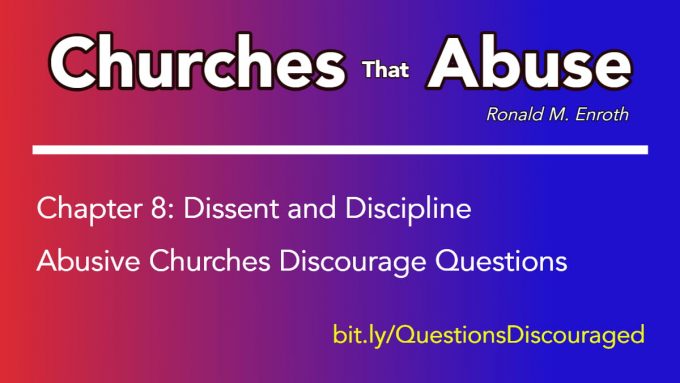 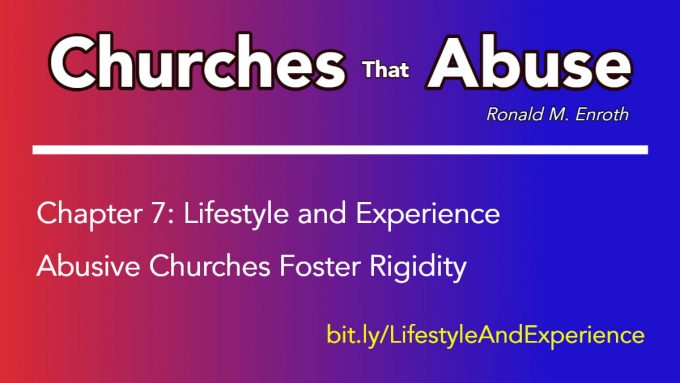 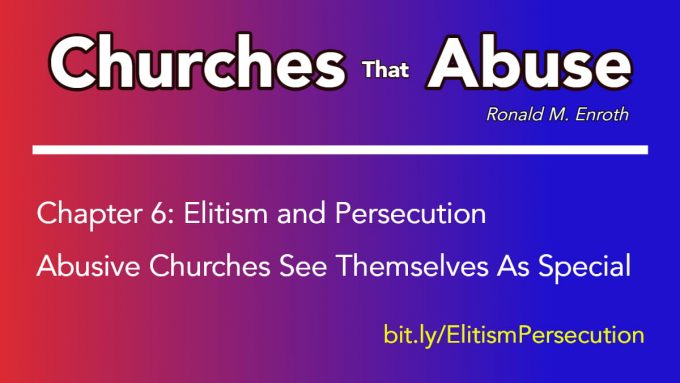 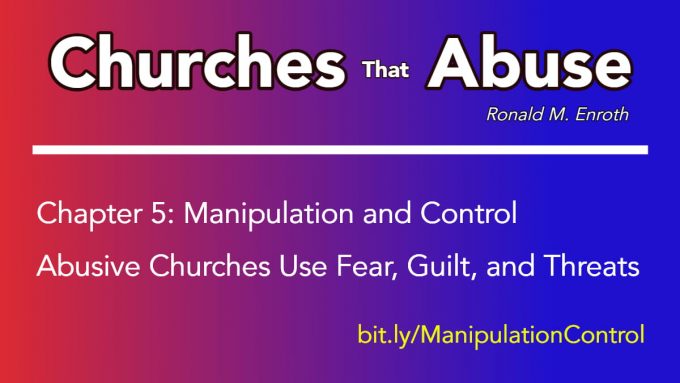 Flavil Yeakley, in his book The Discipling Dilemma, suggests that such groups value conformity, not diversity. "They tend to make people over after the image of a group leader, the group norm, or what the group regards as the ideal personality …. They are made to feel guilty for being what they are and inferior for not being what the group wants them to be."
[Continue Reading...] 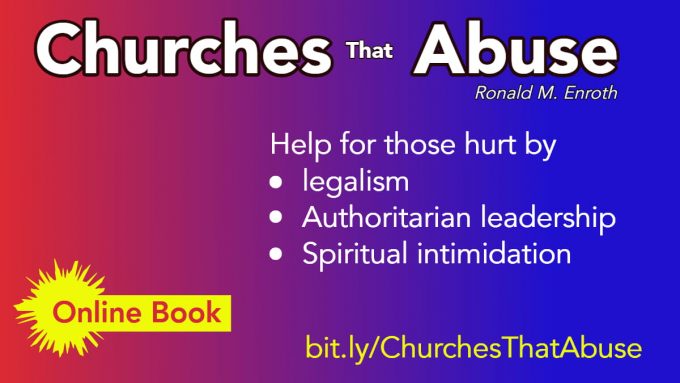 Churches That Abuse answers these and other important questions about abusive churches and spiritual abuse.
[Continue Reading...]