Other articles of interest

Other Articles Of Interest

• While we are reorganizing our Scientology section, additional articles can be found here. 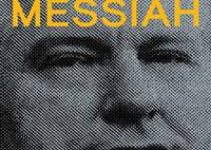