Table of Contents hide
1 Books on Scientology
2 A Piece of Blue Sky, by Jon Atack

A Piece of Blue Sky, by Jon Atack

First published (or major update) on Monday, February 15, 2010.
Last updated on May 15, 2022. Original content is © Copyright Apologetics Index. All Rights Reserved. For usage guidelines see link at the bottom. 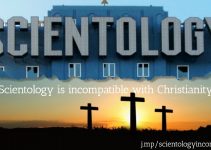