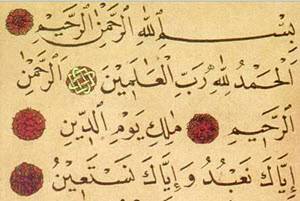 Muslims believe the Torah and the Gospel have been changed and corrupted over time.

Consequently, the Quran was needed to correct the errors in the corrupted books. It finalizes the truth from God as transmitted from the archangel Gabriel, recited by the prophet Muhammad, and written down into the Arabic language.
[Continue Reading...]

Included in the units of the Qur'an are statements and principles that form a plan which establishes the position of man on earth, points to the purpose of life, provides guidance and freedom of choice as well as the necessary tools for the trust or mandate given to mankind. As a consequence of granting freedom of choice to mankind, religious diversity is taken for granted, so the Qur'an contains the principles regulating the dynamic coexistence between the various communities.
[Continue Reading...]

The only real source of historical information about pre-Islamic Mecca and the circumstances of the Koran's revelation is the classical Islamic story about the religion's founding, a distillation of which follows.
[Continue Reading...]