This article is a stub. More resources may be added over time. Santos Malandros is Spanish for “Holy Thugs.” The Associated Press says These mystical figures are part of the two-century-old cult tradition known as Maria Lionza, the Venezuelan variation of Santeria — the faith that began in Cuba when African slaves blended Yoruba spiritual beliefs with Roman Catholic traditions.… Read more
[Continue Reading...] 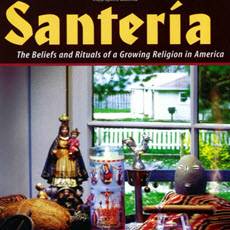 In Cuba, the Yoruba religion of the orishas melded with saint-rich Catholicism to create Santeria, one of the primary Afro-Caribbean religions and an increasingly significant part of American culture.
[Continue Reading...]