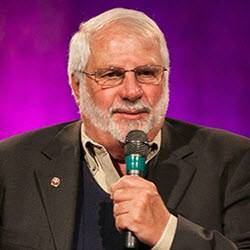 Viewed by many as a modern-day prophet or apostle, Rick Joyner -- of MorningStar Ministries -- is a false prophet with an ongoing track record of aberrant, unorthodox and otherwise unsound teachings.

His claims of receiving prophetic revelations should be rejected.
[Continue Reading...]

Todd Bentley and the people he surrounds himself with talk about messages they claim to receive from angels.
[Continue Reading...]