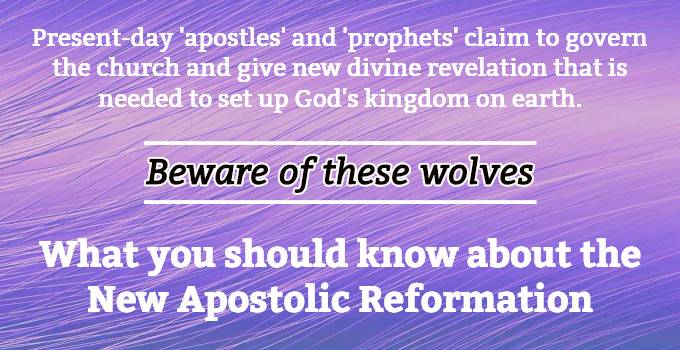 The New Apostolic Reformation (NAR) is a movement which asserts that God is restoring the lost offices of church governance, namely the offices of Prophet and Apostle.
[Continue Reading...]