Friends of the Bridegroom, founded by Mike Bickle
[Continue Reading...] 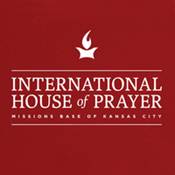 The International House of Prayer (IHOP) is a "charismatic Christian" organization based in Kansas City, Missouri. Founded and led by Mike Bickle, erstwhile pastor of the so-called 'Kansas City Prophets.'

This aberrant Christian movement is moving further and further away from orthodox Christianity.
[Continue Reading...]