Benny Hinn, is one of today’s best-known televangelists.

Aside from his This Is Your Day TV program — one of the world’s most-watched ‘Christian’ TV programs — Hinn is known for his “Holy Spirit Miracle Crusades.” At these revival-style events, held in stadiums throughout the world, Hinn claims to use ‘supernatural power of the Holy Spirit’ to heal people suffering from terminal diseases and various handicaps.

Benny Hinn’s theology is based largely on that of the Word-Faith movement, with a heavy emphasis on the so-called “Prosperity Gospel.”

His teachings, behavior and practices have made him controversial among Christians and non-Christians alike. 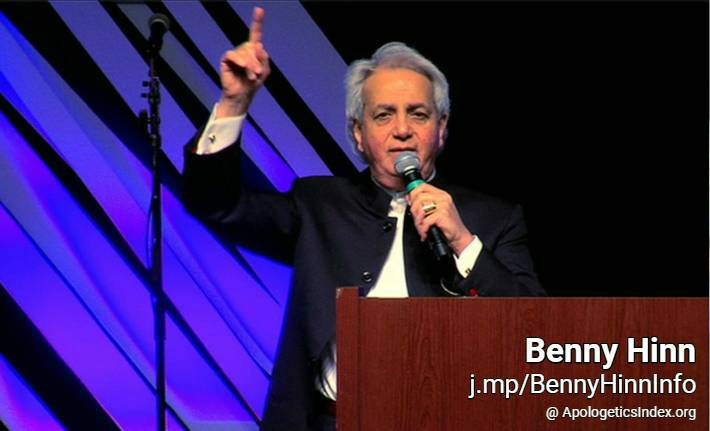 Who is Benny Hinn?

Benny Hinn was born Toufik Benedictus Hinn in the coastal city of Jaffa in Israel in 1952. He was one of eight children born to an Armenian mother and a Greek father. The family was Greek Orthodox. In 1968, they emigrated to Canada settling in Toronto and Benny, who by this time was a young teenager, began attending Georges Vanier High school, north of Toronto.

While at school, Benny befriended a group of religious students who introduced him to prayer meetings and teaching of the Gospel. Benny eventually became a Born Again Christian, despite concerns and initial opposition of his family. When he was 21, he attended a healing service in Pittsburgh headlined by evangelist Kathryn Kuhlman. She would become a major influence on his life, so much so, that he emulates her style to this day.

Today he is known as Pastor Benny. Without doubt he is one of the best known and possibly richest televangelists in the world. Each year he travels the world conducting so-called miracle healing crusades that are very closely patterned to a rock concert tour.

He produces a daily television show called “This is Your Day” from his studios based in California and has written several books about his life and ministry, which he markets and sells, along with video tapes of his crusades, music CDs and bibles.

Some Christian groups have been critical of Benny Hinn for preaching the Prosperity Gospel and for misinterpreting scriptures on a number of occasions. Read more on the Apologetics Index, an online resource on religions.

He has also been criticized by a number of Christian watchdog groups for not joining the Evangelical Council for Financial Accountabilityoffsite. The Council is the leading accreditation agency that helps Christian ministries earn the public’s trust through adherence to seven standards of accountability. It has over 1,100 members, including Pat Robertson and Billy Graham. Benny Hinn refuses to join. […]
– Source: Do You Believe in Miracles? Canadian Broadcasting Corporation (CBC), The Fifth Estate (Last accessed: Dec. 15, 2004) 1

Why is Benny Hinn controversial?

Benny Hinn is controversial for the following reasons:

Nevertheless, large numbers of people who indentify themselves as Christians follow – and at times even appear to ‘worship’ – this preacher. This reflects a trend in Christianity, referred to as ‘experience over doctrine.’ It means that more value is given to (sensual) experiences than to sound doctrine.

Since sound doctrine provides us with the tools to determine whether or not a teaching or practice is Biblical, the ‘experience over doctrine’ approach leaves Christians wide open for error.

Are You a Little God?
Say after me, “within me, is a God man.” Now let’s say it even better than that, let’s say “I am a God man.” When you say I am a Christian, you’re saying I am Messhia, in the Hebrew, I am a little Messiah…The new creation is just like God. May I say it like this, you are a little god on earth running around.

Dealing with Critics
Somebody is attacking me because of something I am teaching. Let me tell you something brother, you watch it! …Sometimes I wish God would give me a Holy Ghost machine gun, I’ll blow your head off!

The Nature of Christ
Jesus Christ knew the only way he would stop Satan is by becoming one in nature with him. What did you say? What blasphemy is this? No, you hear this! He did not take my sin, he became my sin! …He became one with the nature of Satan so all those who have the nature of Satan can partake of the nature of God.

Some Christians believe that it is wrong for Christians to criticize the teachings and practices of evangelists like Benny Hinn. They point out:

The notion that these verses forbid Christians from examining the teachings and practices of other Christians is the result of faulty interpretation. For details see: Should Christians Judge? Does the Bible not warn against ‘touching God’s annointed’?

The Bible teaches that all Christians should learn how to discern between orthodoxy and heresy. It tells us to test everything, and to then hold on to that which is good. (See: 1 Thessalonians 5:19-22). This necessarily involves ‘judging’ – not of the person, but of his or her teachings and practices (to see whether or not they are Biblical).

Benny Hinn, however, claims that the same Holy Spirit — who inspired Scripture — tells him something different:

The Holy Ghost is upon me…The day is coming when those that attack us will drop dead. You say, ‘What did he say?’ I speak this under the anointing of the Spirit. Can I tell you something? Don’t touch God’s servants; it’s deadly…Woe to you that touch God’s servants. You’re going to pay. ‘And the day will come.’ The Lord said that to me. He said, ‘The day will come when I will punish instantly. Woe to those who touch my chosen.’ They will fear us. Hear this: today they mock us; tomorrow they will fear us.
– Source: Benny Hinn, “Miracle Invasion Rally,” Anaheim Convention Center November 22, 1991, quoted in Christianity in Crisis, Hank Hanegraaff.

Instead of obeying God’s Word, many of Benny Hinn’s followers share his unbiblical rejection of accountability regarding his teachings and practices.

Note that the Bible foretold that there would come a time when certain people will simply not put up with sound doctrine, but instead seek out teachers and teachings which suit their own desires:

Proclaim the message; persist in it whether convenient or not; rebuke, correct, and encourage with great patience and teaching. For the time will come when they will not tolerate sound doctrine, but according to their own desires, will multiply teachers for themselves because they have an itch to hear something new.
– Source: 2 Timothy 4:2-3, Holman Christian Standard Bible

This is a fitting description of the ‘experience over doctrine’ approach noted earlier.

What is discernment? How should it be applied?
A Biblical Guide to Orthodoxy and Heresy 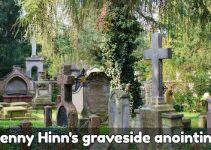 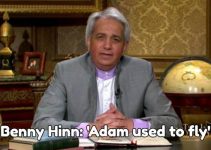 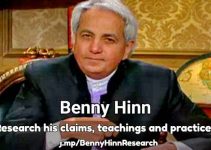