Humility is crucial to the Christian’s apologetic task in a world steeped in relativism … Without humility, even the best arguments will ring hollow.

Recently when I was discussing philosophy with an earnest undergraduate student, she informed me that she rejected the idea that she could know “the truth” because this would condemn everyone who disagreed with her. Since philosophers have traditionally exulted in winning arguments instead of eliminating them, I asked why she shunned victory in favor of terminal agnosticism. She explained, “If I claim to know the truth, then I must also claim that whoever disagrees with me is wrong, and that would make me intolerably arrogant.” This student was suffering from a case of dislocated humility. Instead of being rightly humble about her ability always to know truly or infallibly, she was instead humble over the mere possibility of discovering the truth. She identified the very idea of possessing truth with pride.

I suggested a shift in perspective: What if we view truth as something that might be discovered by diligent seekers? Then one who claims to know the truth need not be arrogant. She need not view herself pridefully as the owner or creator of truth, but could rather behave as a humble servant of truth who wants to make it known to others for their own good. She could thus humbly enter into dialogue over the matter by giving arguments and evidence to support her views.

The student reluctantly admitted that she had never thought of it that way before, and said she would think more about it. I prayed she would, because until she grasps the concept of attainable truth, she will never comprehend the identity of Christ, who is “the way, the truth, and the life” (John 14:6).

This encounter highlights how crucial humility is to the Christian’s apologetic task in a world steeped in relativism. On the one hand, we must place humility in the right place. We should never misplace our humility by disparaging the only thing that will ever set anyone free — the truth itself. The central claims of God’s revelation should be understood, explained, and defended. I thank the one true God that this journal and those involved in apologetics ministries are providing sound reasons for the faith and are challenging the critics of Christianity.

On the other hand, ambitious Christian apologists often lose something indispensable in the very process of defending the indispensable. In refusing to jettison the idea of truth, we often jettison humility instead. We can become, as the student feared, arrogant. We may hold the truth falsely.

It is dangerously easy for apologists to become prideful when we identify the truth with our ego instead of with God Himself. Instead of contending for “the faith that was once for all entrusted to the saints “(Jude 3), we may end up contending for our own infallibility. We should heed Blaise Pascal, who wrote in his Pensees (Thoughts on Religion and Some Other Subjects) that “it is false piety to preserve peace at the expense of truth. It is also false zeal to preserve truth at the expense of charity.” Several facts can point us toward the fruitful partnership of true piety and true zeal.

First, Christian truth is best defended when it is held both firmly and humbly — in the manner one would hold a newborn child. It is infinitely precious and therefore worth defending; but it is a gift not of our own making. We lay no claim to its greatness or even to the fact that we recognize it as truth (Eph. 2:8-9). We know by grace that grace may be known. If we speak of “our faith” we should emphasize that the truth is not our possession; rather the truth possesses us. No one put it better than G. K. Chesterton in Orthodoxy who confessed concerning Christianity: “I will not call it my philosophy; for I did not make it. God and humanity made it; and it made me.”

Second, our knowledge of biblical truth should grow over a lifetime. Orthodoxy will always exceed my present understanding of orthodoxy. The humble apologist will defend Christianity’s core claims to the best of his ability — the inspiration of Scripture, the Trinity, the Incarnation, justification by faith, and so on — while remaining open to discussion about less central and more debatable issues such as the particularities of eschatology or church government.

Third, Jesus said that the meek, not the belligerent, will inherit the earth. No matter how winsome the presentation, the gospel will offend those with hardened hearts; but we should avoid increasing the offense through arrogance. Paul is a model when he says, “We have this treasure in jars of clay to show that this all-surpassing power is from God and not from us” (2 Cor. 4:7). The principles of Paul’s pastoral instruction to Timothy apply to all apologists: “And the Lord’s servant must not quarrel; instead, he must be kind to everyone, able to teach, not resentful. Those who oppose him he must gently instruct, in the hope that God will grant them repentance leading them to a knowledge of the truth” (2 Tim. 2:24-25). Our aim should be to speak the truth in love (Eph. 4:15).

Fourth, no matter how adept our advocacy of the faith, we must glory in the Lord and not in our apologetic prowess. Without humility, even the best arguments will ring hollow. Our aim in defending the gospel is to set people free, not to defend ourselves or acquit ourselves of all error. The humble apologist stands valiantly for God’s absolute, objective, and universal truth, even as he stands on feet of clay with an ear open to correction.

Fifth, whatever our skill at defending the faith, any humble presentation of Christian truth is a powerful tool in God’s hands. The Lord opposes the proud and exalts the humble (Matt. 23:12; James 4:6). Christian humility is an arresting apologetic in and of itself. Those who with plain speech forget themselves in service of Christ outshine those who eloquently defend only their egos.

Let all apologists pray with Albert Outler: “Lord, protect us from the mindless love that deceives and the loveless truth that kills.” Amen.

This article was revised and expanded as a chapter in the book, Christianity That Counts by Douglas Groothuis (Baker Books, 1995). 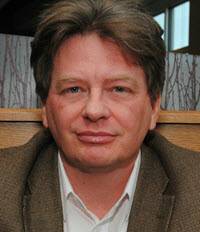 Douglas Groothuis is Professor of Philosophy at Denver Seminary. A philosopher and Christian apologist, his books include Christian Apologetics: A Comprehensive Case for Biblical Faith

If you desire to reproduce less than 500 words of this data file for resale or the enhancement of any other product for resale, please give the following source credit: Copyright 1994 by the Christian Research Institute. 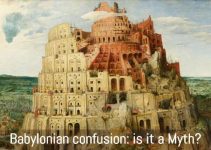