The term hijab refers to a type of scarf worn by many — though certainly not all — Muslim women, but the term can also refer to a modest Muslim dress code in general. The Arabic word translated as hijab literally means curtain or cover (noun).

Muslims differ greatly in how they interpret hijab, such as which parts of the body to cover and by how much — and many moderate Muslim women consider the term to refer to a symbolic covering rather than a piece of clothing.

Additional resources will be added over time 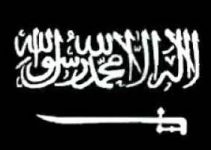