White supremacy is a racist world view that considers whites — Caucasians — to be better than colored people. 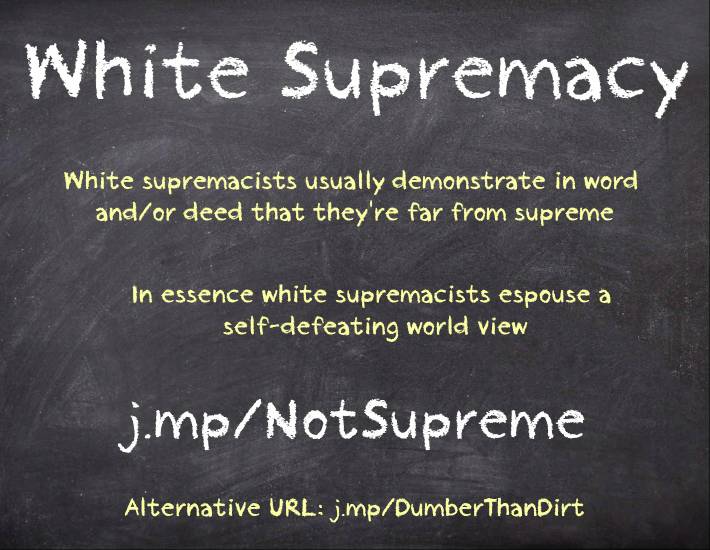 Ironically, the beliefs and actions of those who espouse this theory directly contradict their notion of supremacy. White supremacists usually demonstrate, in word and/or deed, that they are far from supreme. In essence, white supremacists espouse a self-defeating world view.

According to Wikipedia, “The term white supremacy is used in academic studies of racial power to denote a system of structural or societal racism which privileges white people over others, regardless of the presence or absence of racial hatred.” 1

White supremacists do not have a central authority figure or organisation that speaks for them. It is largely a grassroots movement — consisting of individuals and a fragmented collection of relatively small groups — whose spread has been aided greatly by the rise of the Internet.

Many white supremacy groups are part of the so-called Christian Identity movement, which claims that present day Anglo-Saxon people are direct descendants of the ancient Israelites, and have thus inherited all God’s promises to Abraham and his descendants.