Next page: Which groups practice polygamy?

Information about polygamy is included in Apologetics Index because many people who practise polygamy do so for religious reaons.

Polygamy is a form of marriage:

Polygny is the condition or practice of having more than one wife at one time.

Polyandry is the condition or practice of having more than one husband at one time.

Polygamy is a “marriage in which a spouse of either sex may have more than one mate at the same time .”

The term plural marriage is used as a synonym for any of the above.

The term polyamory refers to an intimate, romantic relationship that involves more than two people – with the full knowledge and consent of all partners involved.

Bigamy is “the act of entering into a marriage with one person while still legally married to another.”

This entry addresses polygamy. It is included in Apologetics Index because some people practice polygamy for religious reasons.

In most countries, bigamy is illegal. However, in some countries – including America and Canada – the practice of polygamy is tolerated largely because 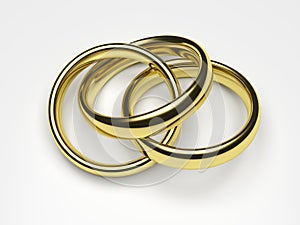 [T]he American taxpayer pays for much of this lifestyle. Recent records show in one year residents here collected more than $8-million from social services — including food stamps, welfare, health care — but the entire town paid less than $100,000 in income taxes.

“They are told to go on welfare,” Jessop said. “It’s called, “bleeding the beast.” They find it amusing that Satan is supporting God’s work.”

This is one reason the practice is now under scrutiny in America – particularly in Colorado and Utah, states with significant polygamist communities.

Other reasons why polygamy has come under fire:

While their polygamous lifestyle was long tolerated, in recent years the Fundamentalist Church of Jesus Christ of Latter Day Saints (FLDS), has come under scrutiny.

In January, 2004, FLDS leader Warren Jeffs excommunicated a number of men. In the process, these men not only lost their homes, but their wives and children who – as is customary in this religious cult – were re-assigned to other men.

The resulting media coverage put long-tolerated issues with the sect on the front burner. See, for example, The Polygamy Files/> – a blog published by The Salt Lake Tribune. (Older posts are availabel at the Internet Archive).

See here how and why Warren Jeffs ended up being jailed for life.

See also:
Fundamentalist Church of Jesus Christ of Latter Day Saints
Mormon Fundamentalists
How polygamy went from being a “most holy and important doctrine” to being rejected – sort of – by the Mormon Church

Next page: Which groups practice polygamy?