This page lists research resources on the Fundamentalist Church of Jesus Christ of Latter-day Saints (FLDS).

First published (or major update) on Monday, July 28, 2008.
Last updated on May 21, 2016. Original content is © Copyright Apologetics Index. All Rights Reserved. For usage guidelines see link at the bottom. 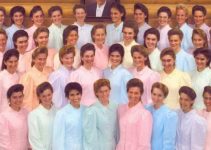