Brothers of White Warriors (BOWW) is a white supremacist gang that formed inside the New Hampshire, USA, prison system in late 2005.

BOWW formed sometime around the fall of 2005 at the Northern New Hampshire Correctional Facility in Berlin and is now believed to have more than 50 members in the state’s three prisons, according to New Hampshire Department of Corrections investigator Sgt. Dan Hammer. 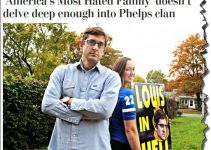