Muslims claim that Islam is a religion of peace. But in the minds of many people Islam and terrorism go hand in hand. Why is that?

‘Islamic terrorism’ refers to terrorist acts committed by Muslim groups or individuals who are motivated by Islamic or Islamist views. Islamism is a totalitarian ideology adhered to by Muslim extremists who envision the establishment of an ‘Islamic state’ and the submission of all people to Islam.

Table of Contents hide
1 Islam and Terrorism
2 Extremists target Muslims and non-Muslims alike
3 Islam does not promote or support terrorism
4 How the Pope reacted to the November 13, 2015 terrorist attacks in Paris
5 How Muslims reacted to the Nov. 11, 2015 terror attacks in Paris
6 Do Muslims support IS / ISIS / Daesh?
7 Articles
8 Books
9 See Also
10 Video
11 Websites

Islamic terrorism is inspired by the concept of ‘lesser Jihad‘ — ‘holy warfare’ against the enemies of Allah and Islam.

As noted, Muslims disagree among each other as to what is or is not acceptable in ‘lesser Jihad.’ For instance, while many Muslims speak out against terrorist acts committed in the name of Islam, others approve of such acts under certain conditions [example], or have been seen as tacitly — if not explicitly — supportive of extremist groups guilty of terrorism [example].

Apologetics Index uses the terms, “Islamic terrorists,” and “Islamic extremists” to refer to terrorists and extremists who claim to be motivated primarily by their interpretation of Islam. Therefore, the use of such terminology is not in any way meant to convey that all Muslims are terrorists or extremists.

In an interview, Ruth Gledhill, Religion correspondent for The Times (England), stated the following:

Muslim leaders have criticised the BBC for referring to bin Laden as an Islamic terrorist. Why?

The Muslim Council of Britain wanted bin Laden referred to as a terrorist with no reference to his faith, because they feared a racial backlash was being provoked.

Inayat Bunglawala, a spokesman for the council, said: “We will never accept the term Islamic terrorist. Islam does not permit such violence. The BBC should call bin Laden a terrorist, which is what he is. The BBC is not even-handed. It never refers to the IRA as a Catholic extremist organisation or IRA members as Catholic extremists.”

The BBC declined to back down, nor should it. To back down could give an impression that bin Laden’s motivation is not religious, when clearly it is.
– Source: Ruth Gledhill, Q and A: religion and war, The Times (England), Sep. 21, 2001

Muslims extremists attack Muslims and non-Muslims alike, committing the most atrocious and despicable acts of terrorism under the pretense of promoting what these terrorists consider to be ‘pure Islam.’

Amid the general mayhem now afflicting the Muslim world, [the] venerable understanding of Islam is defied by a rising movement that’s attractive to a subset of young Muslims. It claims divine sanction to embrace thievery, torture, mutilation, terrorism, suicide bombing, kidnapping for ransom, sexual slavery, gruesome executions without trial, killing of envoys and guest aid workers, slaughter of worshippers and Jews and Christians, and of fellow Muslims who dissent from those who hold power or belong to rival factions.
– Source: Richard Ostling, Is Islam a “Religion of Peace?”

In his introduction to an article titled, “Muhammad, Islam, and Terrorism” – which documents the roots and history of Islamic terrorism – the webmaster of Answering Islam writes:

Apart from many peaceful Muslims who are themselves unaware of the material presented below, there are also educated, moderate Muslims who do not agree with such terrorist acts and interpret these passages of the Qur’an and these precedents in the life of Muhammad differently. They would not interpret them as justifying atrocities as committed by Islamic terrorist groups.

The problem is that those Muslims who oppose the radicals are themselves in danger and fear of becoming the target of the radicals in Islam. Ignoring the “violent passages” in the Qur’an and Muslim traditions will not be the solution. The Islamic community has to confront the terrorists in their midst in word and deed, by bringing them to justice and by opposing their interpretation of Islam, if they believe it is not the true interpretation.

We call for all Muslims to unmistakenly distance themselves from terrorist acts AND by giving the real meaning of these passages and precedents presented below, to confront and excommunicate those who hold this violent Islam to be the only true Islam. As long as the Muslim community does NOT confront and stop them, they cannot complain that “the non-Muslims are misrepresenting Islam” and are biased and islamophobic.
– Source: Silas, Muhammad, Islam, and Terrorism

Islam does not promote or support terrorism

It should be noted that the religion of Islam itself does not promote or support terrorism. Indeed, the vast majority of Muslims condemn such acts.

Muslims point out that the Quran forbids the killing of noncombatants. Too, according to the Quran, “If you kill a life unjustly it is as if you killed all life.” (Quran 5:32).

That said, it is no secret that much extremism is committed in the name of Islam, often (but certainly not always) without clear condemnation from other Muslims. This includes extremist interpretations of certain aspects of jihad, and such despicable practices as suicide bombing.

At the same time, no one who has read the Quran, Islam’s holy book, can get around the fact that it calls for violence against non-Muslims.

The Quran contains at least 109 verses that call Muslims to war with nonbelievers for the sake of Islamic rule. Some are quite graphic, with commands to chop off heads and fingers and kill infidels wherever they may be hiding. Muslims who do not join the fight are called ‘hypocrites’ and warned that Allah will send them to Hell if they do not join the slaughter.
– Source: What does the religion of peace teach about violence?

But as the open letter mentioned earlier shows, mainstream imams interpret such passages differently than those who commit terrorism in the name of Islam.

How the Pope reacted to the November 13, 2015 terrorist attacks in Paris

How Muslims reacted to the Nov. 11, 2015 terror attacks in Paris

Muslims and their supporters took to social media last night and this morning to condemn the deadly terror attacks in Paris and reiterate the difference between Islam and extremist dogma.[…]

Do Muslims support IS / ISIS / Daesh?

Most Muslims have a negative view of this terrorist group. 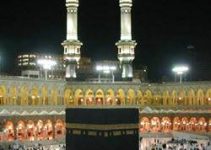 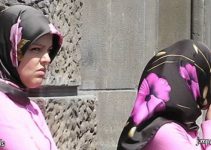