David Clark is a cult expert and Thought Reform Consultant. He operates from a Christian point of view.

Rick Alan Ross is a controversial, self-made ‘cult expert‘ who operates from a Jewish perspective.

In 1995, Ross wrote a booklet titled “The Missionary Threat.” It is an attempt to warn a Jewish audience against what he terms the ‘threat’ from Christian missionaries, including so-called Messianic Jews (Jewish people who have accepted Jesus Christ as their savior and as the promised Messiah).

To one extend or another all belief systems are involved in such efforts at ‘boundary maintenance.’ However, as David Clark points out in his response to “The Missionary Threat” – also published in 1995 – Ross’ approach left much to be desired.

More than 450 missionary organizations specifically target Jews in the United States, Canada and Israel, according to Mark Powers, national director of Jews for Judaism. These groups are like packs of wolves, predators stalking only one prey – the Jewish community. The obvious anti-Semitic implications of targeting Jews for special missionary consideration must not be overlooked.

Today there are many Jews swimming in troubled waters. Some may become captured within the drift nets of fundamentalist and evangelical missionaries. Others may be stalked by predatory sharks proselytizing as “messianic Jews,’ or “Hebrew-Christians.” [sic]

The volunteers march out each day to assault campuses across the country, proselytizing students from preschool through college.

David Clark’s response to Rick Ross’ booklet goes a long way toward illustrating why to-date many cult experts will not work with Ross and/or refer people to him – especially when Ross’ views are seen in context with his continued behavior toward those he disagrees with.

It should be noted that the publishers of Apologetics Index have themselves come under ad hominem attacks from Rick Ross following our refusal to get involved in in his private fights with various cults experts.

In the past I (Anton) have often defended Rick Ross against online attacks by his critics. In addition, for many years Apologetics Index included countless links to information posted at Rick Ross’ web site.

However, our personal experiences with his behavior toward Janet and myself – including his misrepresentation of our views, his insinuations against us and our web site, and what we consider to be erratic and manipulative conduct toward us and toward others he disagrees with – made us realize that we could no longer in good conscience link to Ross’ web site. We want to make it clear that we do not endorse Rick Ross, his institute, or his services.

We should also note that we are especially concerned at Mr. Ross’ emphasis on so-called Bible-based cults. For one thing, in our experience dealing with Bible-based cults requires spiritual discernment, including a working knowledge of orthodox, mainstream Christian theology and the various departures thereof. Otherwise, one can only properly deal with the sociological aspects of cultic involvement, while igoring or botching the spiritual aspects.

Our list of recommended counselors, organizations and ministries includes Christian as well as non-Christian resources. In our experience, the non-Christian professionals on this list are well-informed and operate in a professional, respectful manner towards those who adhere a belief system that differs from their own. 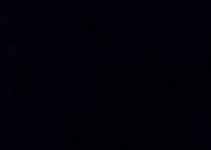