This is evidenced in his views on, in this case, the teachings of the Mormon Church — which, theologically, is a cult of Christianity.

Mormons claim to be Christians — even though the teachings of the Mormon Church regarding Jesus Christ clearly show that Mormons follow a ‘Jesus’ of their own making. Just like you cannot honestly call a counterfeit ‘ROLEX’ watch a ‘ROLEX,’ it is dishonest to redefine Jesus Christ and then claim that he is the Jesus of Christianity.

A Christian is someone who follows Jesus Christ as presented in the Bible — not a ‘Jesus’ redesigned, repackaged and marketed by the Mormon Church. Hence when Mormons claim to be Christians, they misrepresent both Jesus and their own faith.

This does not bother Joel Osteen, as demonstrated in this conversation with Chris Wallace, of FOX News:

WALLACE: And what about Mitt Romney? And I’ve got to ask you the question, because it is a question whether it should be or not in this campaign, is a Mormon a true Christian?

OSTEEN: Well, in my mind they are. Mitt Romney has said that he believes in Christ as his savior, and that’s what I believe, so, you know, I’m not the one to judge the little details of it. So I believe they are.

And so, you know, Mitt Romney seems like a man of character and integrity to me, and I don’t think he would — anything would stop me from voting for him if that’s what I felt like.

WALLACE: So, for instance, when people start talking about Joseph Smith, the founder of the church, and the golden tablets in upstate New York, and God assumes the shape of a man, do you not get hung up in those theological issues?

OSTEEN: I probably don’t get hung up in them because I haven’t really studied them or thought about them. And you know, I just try to let God be the judge of that. I mean, I don’t know.

I certainly can’t say that I agree with everything that I’ve heard about it, but from what I’ve heard from Mitt, when he says that Christ is his savior, to me that’s a common bond.
– Source: FOX News Sunday With Chris Wallace, Dec. 23, 2007

Joel Osteen’s lack of spiritual discernment should be a big warning sign to his followers. 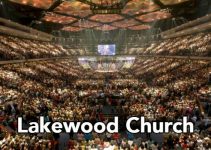