Next page: Watching Out For Watchman Nee

He also taught that all Christians must have a "Covering" – a person who has delegated authority, must be obeyed unconditionally, and who must be imitated. This "covering" does not stop with matters of faith and doctrine, but also extends to personal and secular matters (such as choice of employment, place to live, whether or not to marry, etc.)


In addition, Nee taught there should only be one congregation in each city. Whenever Nee’s followers moved into a city, they proclaimed themselves as the only church approved by God in that city. These doctrines have been picked up by various abusive churches and cultic movements, such as the International Churches of Christ.

Under the leadership of Nee’s disciple and co-worker, Witness Lee, his house church movement, the Local Church (known to it’s followers as "The Lord’s Recovery") later also became controversial.

Nee was clearly influenced by the Plymouth Brethren and the Keswick, or “victorious life,” form of teaching. He also read and admired Hudson Taylor, George Meuller, and Madam Guyon. These influences are evident from the time of “The Spiritual Man” (1923) up until “The Normal Christian Life.”53 The appeal of his preaching, according to Kinnear’s sources, was “his gift of making so plain the way to God that relies solely upon Christ’s finished work. All too many Christians were striving after a salvation based on good works.”54

Late in his career, Nee is said to have developed some doctrinal aberrations that went beyond his usual purism. These areas had to do with a heavy emphasis on authority and submission, and an increasing tendency to dichotomize the material and the spiritual, or the ideal and the real. Some of the literature published during the past ten years claiming to originate from the last 5 years of Nee’s ministry are definitely deserving of criticism at many points.55 However, care must be exercised here because of an unusual feature in his writings. Only two books actually written by Nee’s own hand are available in English. These are Concerning Our Missions, and The Spiritual Man. Ironically, Nee criticized both of these works.56 His other works are translated from notes taken from his lectures, and are therefore open to interpretive additions by the translators.57

Initially, Angus Kinnear translated notes to produce several titles, including his best known works, The Normal Christian Life, Love Not The World, Changed into His Likeness, and What Shall This Man Do?. Later, the Little Flock church under the leadership of Steven Kaung published a series of books that all have the distinctive plain colored covers of the “Christian Fellowship Publishers” in New York. These include Spiritual Authority, Spiritual Knowledge, and Gospel Dialogue, to name a few. It seems clear to this author and others58 that there is a more radical interpretation of Nee evident in the later books.

At the same time, it can not be denied that Nee was extreme in some areas, including spiritual authority and ecclesiology.

The emphasis on delegated human authority was in perfect harmony with Confucian ethics. Confucius taught that parents were never wrong, and that even when they were, one should obey them.

To understand Nee’s extreme doctrine of “locality”, one must remember that he had had a run-in with the exclusive brethren in England, and may have formed a rather one-sided picture of denominationalism in the west. He certainly did not want to see the western denominational divisions transplanted into China, let alone the unloving divisiveness of the exclusive brethren, and he can hardly be faulted for that.

Nevertheless, the fact remains that Nee propounded an unworkable and unbiblical doctrine of locality and of under-qualified obedience to delegated authority which has resulted in extremism in modern America, China, and elsewhere.59

– Source: Watchman Nee and the House Church Movement in China by Dennis McCallum.

Next page: Watching Out For Watchman Nee 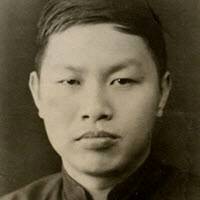