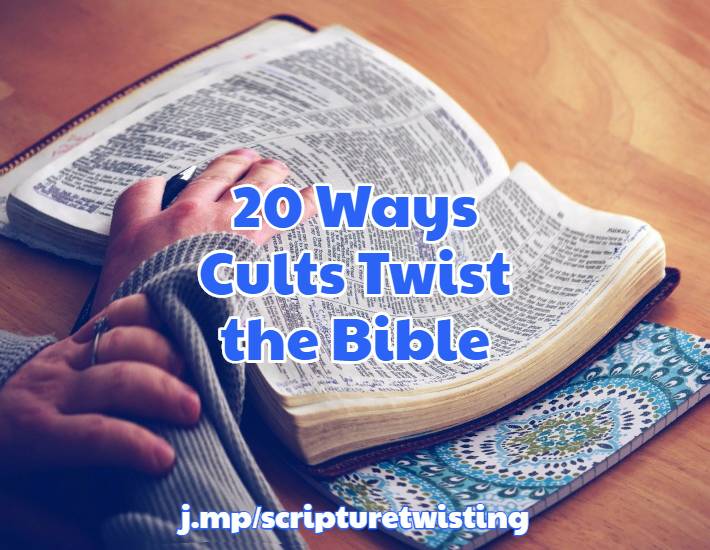 You are welcome to share this ‘Scripture Twisting’ graphic on blogs, websites or social media

The title of this article comes from the book, Scripture Twisting: 20 Ways the Cults Misread the Bible, by James Sire.

In this short but useful book, Sire discusses how cults of Christianity 1 misinterpret and misuse the Bible in support of doctrines and/or practices outside the boundaries of the Christian faith. 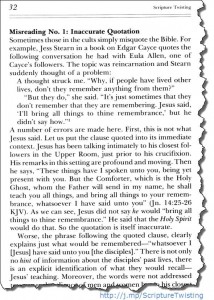 NOTE:
This material comes from the appendix of James Sire’s Scripture Twisting Methods of the Cults [Kindle edition], and summarizes his in-depth treatment of each of these points. This book should be part of every Christian’s library.

Scripture twisting is a common practice among abusive churches, and a common tool for those who engage in spiritual abuse.