Hermeneutics: How to Interpret the Bible

“And so we have the prophetic word made more sure, to which you do well to pay attention as to a lamp shining in a dark place, until the day dawns and the morning star arises in your hearts. But know this first of all, that no prophecy of Scripture is a matter of one’s own interpretation.”

We can’t have a “sure word” about the meaning of Scripture (or anything else) unless we have a sure method to interpret the words.

The following eight rules are the center of all grammatical interpretation. They have been accepted and used by scholars from Socrates to the present. While my hope is that they will be used to “rightly divide the word of truth” of the Holy Bible, they are equally applicable to legal, historical, and other such language.

Since the Bible teaches that God is not the author of confusion [1 Cor. 14:33], how can the many disagreements today between Christians and the proliferation of the cults be explained since all, or nearly all, claim to use the Bible as the basis of their doctrines?

Nearly all false doctrines taught today by Christians and cultists alike can be traced to the distortion of the meaning of Biblical words. These eight rules are prayerfully offered in the hope that they may help many come to the truth of what God says in His Word.

Biblical interpretation is more than knowing a set of rules, but it cannot be done without the rules. So, learn the rules, and rightly apply them….”

The 8 Rules of Bible Interpretation

Here are the eight rules:

Rules are no Substitute for the Guidance of the Holy Spirit

Learning these eight rules and properly applying them will help keep any interpreter from making errors and will hopefully alleviate many of the disagreements unfortunately present in Christianity today.

However, these eight principles are no substitute for the Holy Spirit which will, if you let Him, guide you in the truth [John 14:26]. If you receive Christ into your heart, God will give you the Holy Spirit freely as a gift [Acts 2:38]. I urge you, if you have not already done so, to examine the claims and the work of Jesus Christ and to receive Him as your Savior.

This paper will close with some words from King Solomon, the wisest man who ever lived, excepting our Lord Jesus Christ:

“A wise man will hear, and will increase learning; and a man of
understanding shall attain unto wise counsels: to understand a
proverb, and the interpretation.”

Articles on Hermeneutics or related topics

About this article on hermeneutics

This old ‘text file’ was posted at various Christian Bulletin Board Systems — online communication forums that were popular before the arrival and rise of the World Wide Web. This particular file was marked as “provided by: The Light BBS – Silver Springs, FL.”

We believe this information may have originated with the Personal Freedom Outreach — an evangelical counter-cult organization. 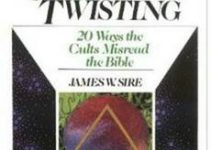