The Ku Klux Klan, the oldest white supremacist organization in the United States, was founded on December 24, 1866, by five veterans of the Confederate Army in Pulaski, Tennessee.

After an inauspicious start, the Klan has undergone peaks and valleys of popularity and influence. Its initial period of expansion was in the post–Civil War reconstruction era. The Klan developed its tactics of intimidation in 1867 under the leadership of a former Confederate general, Nathan Bedford Forrest.

From the beginning, the Klan proclaimed itself a white Christian movement ready to preserve the Southern way of life. At first the Klan was determined to keep the Southern black population in its place; only later did the Klan become anti-Catholic and anti-Jewish. The Klan became so powerful and feared during Reconstruction that President Ulysses Grant initiated an army crackdown on its activities. After a series of incidents, General Forrest disbanded the Klan.

The Ku Klux Klan’s influence waned after Reconstruction, but it revived in the 1920s as a result of the popularity and pro-Klan viewpoint presented in the movie Birth of a Nation. The Klan expanded outside the South by declaring Catholics and Jews its enemies. The Klan’s mission was to purify America and restore the traditional white Protestant way of life.

At the peak of its popularity, the Klan had four million members and was able to win elections for its supporters at both the national and state levels. Part of the secret of the Klan’s success in the 1920s was its close association with Protestant fundamentalist ministers in attacking the evils of modern society. A series of scandals and excesses caused the Klan to lose popularity, but remnants of its former strength remained in the South.

The Ku Klux Klan has a special way of organizing and keeping its affairs secret. The organizational handbook of the Klan is titled the Kloren. A local cell is a klavern. Each klavern is headed by the exalted cyclops. Other ranks with specialized duties are the klaliff, klokard, kludd, kligrapp, kladd, kliabee, klexter, and klaroogo. A state director is called a grand dragon. The national head of the Ku Klux Klan is the imperial wizard.

Klan members use secret identification codes including AKIA (A Klansman I Am) and other signals. Robert J. Kelly maintains that these secret codes and ceremonial rituals promote “a sense of camaraderie” among members of the Klan and “a mutual feeling of being victimized” by outsiders which permits members to use violence against others.

The end of segregation after a series of U.S. Supreme Court decisions beginning in 1954 revitalized the Ku Klux Klan. From a moribund group of three loosely organized Klan bodies with only a few thousand inactive members in the early 1950s, the Klan peaked at about 40,000 active members in 1965. Civil rights demonstrations in the 1960s intensified Klan activity.

The Klan was so powerful in certain areas of the South that its supporters controlled the state courts and the local police. Various Klan groups met and formed the United Klans of America (UKA) in 1961 under the leadership of Imperial Wizard Robert Shelton. Shelton, a violently anti-communist Methodist Church member, led the Klan in its anti-black, anti-Jewish campaign against the civil rights movement. Much of the violence directed against civil rights demonstrators came from members of the UKA.

Another violent Klan group was the White Knights of the Ku Klux Klan under Samuel Holloway Bowers. All of their violence against civil rights activists took place in Mississippi. For a time, open warfare broke out in the South with various Klan groups vying to outdo each other in violence against blacks, Jews, and civil rights workers.

A combination of FBI counterintelligence operations, congressional investigations, the diversion of Klan resources to George Wallace’s presidential campaigns, and a growing sense of outrage over the violence in the South in other parts of the United States caused a sudden decline in Klan operations, Key leaders were arrested and sentenced for federal civil rights crimes. Shelton went to jail in 1969; Bowers, in 1970. Both organizations suffered from the loss of their leaders. By 1967 the testimony before the House Committee on Un-American Activities indicated that Klan membership had dropped to around 17,000. The FBI estimated the Klan had fallen to 1,500 active members.

Some of the dislocation in the Klan movement was caused by a disinformation campaign run by the FBI under the code name COINTELPRO (Counterintelligence Program). In 1976 the FBI reported in a memo from declassified documents that the “bureau already had an adequate network of Klan informants” and further recruitment was unnecessary. 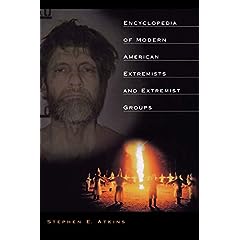 After the triumph of the civil rights movement and the introduction of a series of civil rights laws, the Klan broke up into various subgroups. At one time in 1970, twelve Klan groups were active with twelve imperial wizards. Further splintering took place after lawsuits targeted the Klan for damages.

A new version of the Klan was introduced in the mid-1970s by David Duke. He reorganized the Knights of the Ku Klux Klan into a political power in the South. Duke’s goal was to make the Klan respectable and achieve political power first in the states and then on the national level. After a scandal involving Klan membership lists, Duke left the Klan and moved to a white supremacist political organization, the National Association for the Advancement of White People (NAAWP), to further his political agenda. Klan leaders have scrambled to replace him, but none has achieved his success.

Most of the modern Klan groups have become linked with the Christian Identity movement because it gives a theological rationale for white supremacy.
– Source: Encyclopedia of Modern American Extremists and Extremist Groups by Stephen E. Atkins. Greenwood Press, Westport, CT, 2002. Pages 162-165