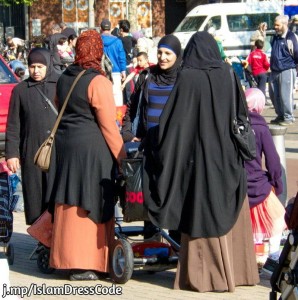 The word hijab comes from the Arabic for ‘veil’ and is used to describe the headscarves worn by Muslim women.

These scarves, regarded by many — though certainly not all — Muslims as a symbol of both religion and womanhood, come in a myriad of styles and colours.

The veil covers at the very least the hair and the neck. It is usually worn outside the house, as well as in any place where non-related male adults are present.

Muslims scholars say hijab also has a wider meaning: that of modesty, privacy, and morality.

There is debate among Muslims as to whether or not the Quran, Islam’s holy book, actually requires that women wear a hijab.

In some Muslim countries the hijab may not be worn in public buildings.

Some Western countries forbid certain veils, usually the Burqa and/or the Niqab, from being worn in public buildings and/or other public places. See, for instance,

Opinions among Muslims on what style of dress is appropriate for women in public vary from country to country, a survey by University of Michigan’s Institute for Social Research showed.

Regarding the results of that survey, the Pew Research Center writes

A recent survey from the University of Michigan’s Institute for Social Research conducted in seven Muslim-majority countries (Tunisia, Egypt, Iraq, Lebanon, Pakistan, Saudi Arabia and Turkey), finds that most people prefer that a woman completely cover her hair, but not necessarily her face. Only in Turkey and Lebanon do more than one-in-four think it is appropriate for a woman to not cover her head at all in public.

The survey treated the question of women’s dress as a visual preference. Each respondent was given a card depicting six styles of women’s headdress and asked to choose the woman most appropriately outfitted for a public place. Although no labels were included on the card, the styles ranged from a fully-hooded burqa (woman #1) and niqab (#2) to the less conservative hijab (women #4 and #5). There was also the option of a woman wearing no head covering of any type.
– Source: Pew Research Center, How people in Muslim countries prefer women to dress in public, January 8, 2014 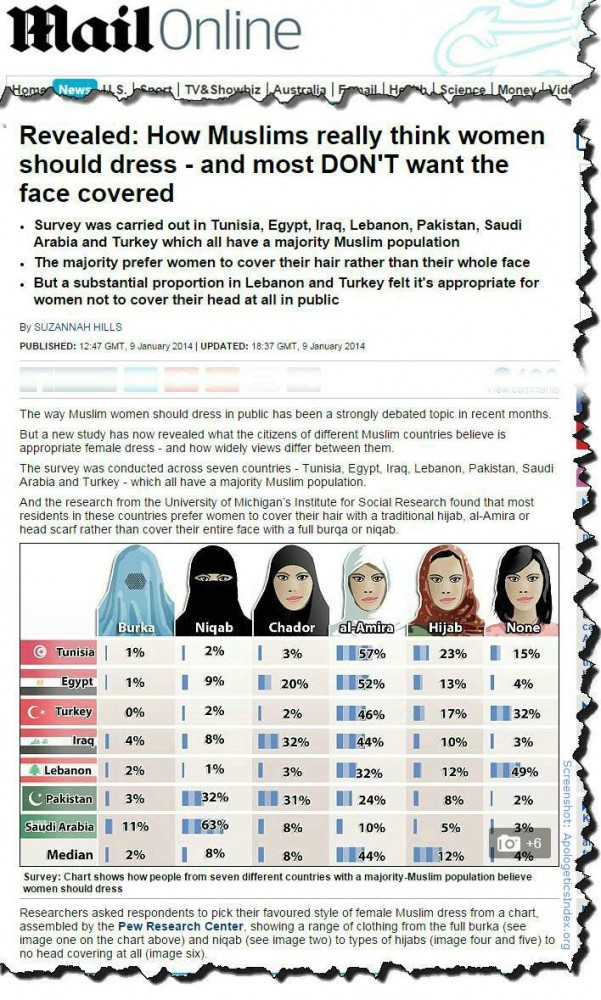 What does the Quran really say about a Muslim woman’s hijab?

In recent times, the resurgence of the hijab along with various countries’ enforcement of it has led many to believe that Muslim women are required by their faith to wear the hijab. In this informative talk, novelist Samina Ali takes us on a journey back to Prophet Muhammad’s time to reveal what the term “hijab” really means — and it’s not the Muslim woman’s veil! So what does “hijab” actually mean, if not the veil, and how have fundamentalists conflated the term to deny women their rights? This surprising and unprecedented idea will not only challenge your assumptions about hijab but will change the way you see Muslim women.
Two young Muslim women talk about the hijab: one explaining why she wears it, the other why she does not.

This entry is maintained by Anton Hein, founder and team member of Apologetics Index.

Anton’s interests vary from Christian apologetics and interfaith dialogue to reading (detective stories and lots of other genres) and listening to music — anything from jazz and oldies from the Sixties and Seventies, and pretty much the entire Radio Paradise playlist. He enjoys street photography, quality coffee, cooking Mexican food (complete with home-made salsas and moles), and working online.

Anton can be contacted via our feedback form, or directly at [email protected] 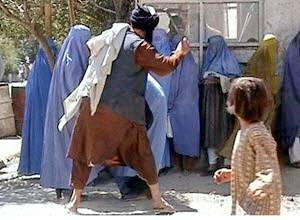