Youth With A Mission (YWAM) is an international, Christian missions organization with 18,000 full-time volunteers working out of about 1,000 ministry locations in over 180 nations. 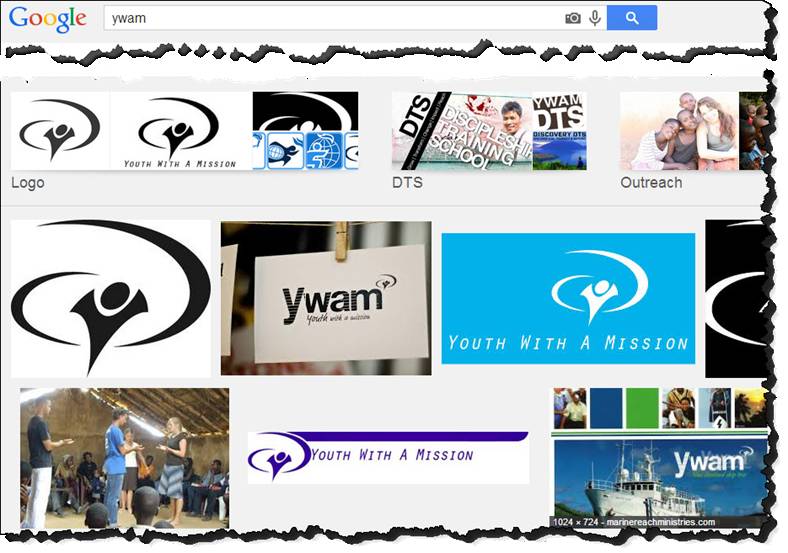 Screenshot of a Google image search for YWAM


YWAM is involved in training, evangelism, and “mercy ministries” Whether you’re a carpenter, a surgeon, a cook, a computer operator, or someone who’s all thumbs, you can find one or more ministries in YWAM where can use your skills.

That said, though YWAM does lots of good work, the organization is not without its critics. At one time, a CRI fact-sheet pointed out the organization’s cultic tendencies (primarily due to the many complaints received about abuses within YWAM’s leadership structure).

While living in Europe, my wife and I were involved with an Evangelical youth mission based in Switzerland. We were with the group only six weeks, but it was almost seven years before I had overcome the psychological damage caused by their cult-like control and spiritualization. […]

Questioning a leader was considered an act of rebellion against God and His chain of command. […]

Although the group I was in was thoroughly Christian in doctrine and in motive, they were blinded to the manipulative controls being placed on team members.
– Source: Unholy Devotion: Why Cults Lure Christians, Harold Busséll, Zondervan, Grand Rapids, Michigan, 1983. page 116

In the early eighties, while dealing with the aftermath of my own experiences of abuse by a YWAM leader, someone suggested I interview Harold Busséll. Busséll confirmed that, while he does not mention them by name, the organization he referred to was YWAM.

At the time, I was interviewed by Brian Onken, who was a research associate with the Christian Research Institute (CRI). Onken assured me my own experiences were echoed by many others, and that similar reports had been received regarding YWAM bases around the world.

Problems with YWAM were not just limited to cultic behavior 1 of some of its leaders, but included the teaching of aberrant theology.

Alan Gomes, in his book "Lead Us Not Into Deception: A Biblical Examination of Moral Government Theology," wrote about YWAM’s staunch support of the "Moral Government" theology (said to no longer be taught within the organization), and in the process also addressed some of the spiritual abuses some were subjected to.

While doing research for his books, Gomes himself was subjected to a smear-campaign directed by the highest leaders within the organization.

These are serious issues that were not limited to just a few isolated cases.

I, the founder and publisher of Apologetics Index, have personally experienced spiritual abuse within YWAM from Floyd McClung, who at the time was one of YWAM’s top world leaders. He demanded unquestioning obedience, claiming that God would bless us for our obedience to leaders, including himself, even when we knew them to be wrong. That is an unbiblical teaching found in many abusive churches. (See "Enforcing authority").

While I have forgiven the spiritual abuse and accepted his reluctant apologies (he denied much of what he had said and done, even though there were a number of witnesses, including two other leaders) the abuse has had far-reaching consequences, the scars of which I still bear.

McClung later contacted me because he heard I was planning to write an article on YWAM’s support for the Moral Government Theology. While simple research showed that at the time it was promoted on several bases, he insisted it was taught at just one base – and suggested he was trying to deal with it.

More recently, the Momentus training was popular at the YWAM Hawaii base.

Advice for those who wish to serve YWAM

As mentioned, YWAM does much good work throughout the world. Generally, most people have good experiences with the short-term ministry opportunities YWAM offers.

However, it is best not to make decisions regarding further involvement with YWAM (e.g. commit to attend one of YWAM’s schools) during or immediately after such trips.

A long-term commitment to YWAM, starting with the attendance of one or more of its mandatory schools, is usually served in a foreign country, away from your family, friends, church and other familiar points of reference. Your lifestyle will be much different from what you are used to at home, with less personal freedom, independence and outside input than you are used to.

In addition, you may not be able to communicate in the language of the country you are staying in.

In such circumstances it is so much easier to give in to spiritual pressure (real or imagined, and from leaders as well as peers).

Two books that should be read by anyone joining YWAM or similar organizations, are The Subtle Power of Spiritual Abuse

by David Johnson and Jeff Vanvonderen, and Healing Spiritual Abuse

At the very least, these books will help you be alert for potential problems (in YWAM or any other Christian ministry).

Again, all this does not mean such things are going on in all YWAM bases. (Note that years after my negative experiences, I again volunteered at a YWAM base in Amsterdam and had a wonderful time 2).

One thing to keep in mind is that YWAM is a huge organization within which you can encounter many cultural and spiritual differences, as well as many leadership styles. Even in a small country like the Netherlands there are huge differences between the ”feel” and approach of the various YWAM bases.

Should you have questions or concerns, please feel free to contact me.

This entry was written by Anton Hein, founder and team member of Apologetics Index.

It was first posted in November, 1996, and is updated when necessary.

We continue to receive inquiries regarding Youth With a Mission, most often from parents who are concerned that their sons and daughters are giving up (or at least putting on hold indefinitely) education and careers in order to serve YWAM at some faraway location.

People often want to know information regarding specific locations — is there anything at ‘such an such’ base that is of concern?

Personally, we recommend against involvement with Youth With A Mission — even though the organization does much good work.

We do have some advice for those who wish to serve YWAM anyway.

About Anton
Anton lives and works in Amsterdam, Netherlands, with his wife, Janet.

He thinks a good cup of coffee is a perfect meal, and can always be counted on to steer guests to some of Amsterdam’s best coffee houses.

When he is not researching Christian apologetics issues he is more than likely reading something else — or engaging in street photography.

Anton can be contacted via our feedback form

Category: Youth With A MissionRelated to: Youth With A MissionFirst published (or major update) on Saturday, May 3, 2014 Central European Time (CET).Last minor update: Friday, January 19, 2018 at 11:35 PM CET    Original content is © Copyright Apologetics Index. All Rights Reserved. For usage guidelines see link at the bottom.