L.Ron Hubbard (1911-1986), born Lafayette Ronald Hubbard, was a science fiction writer and the inventor of Scientology. 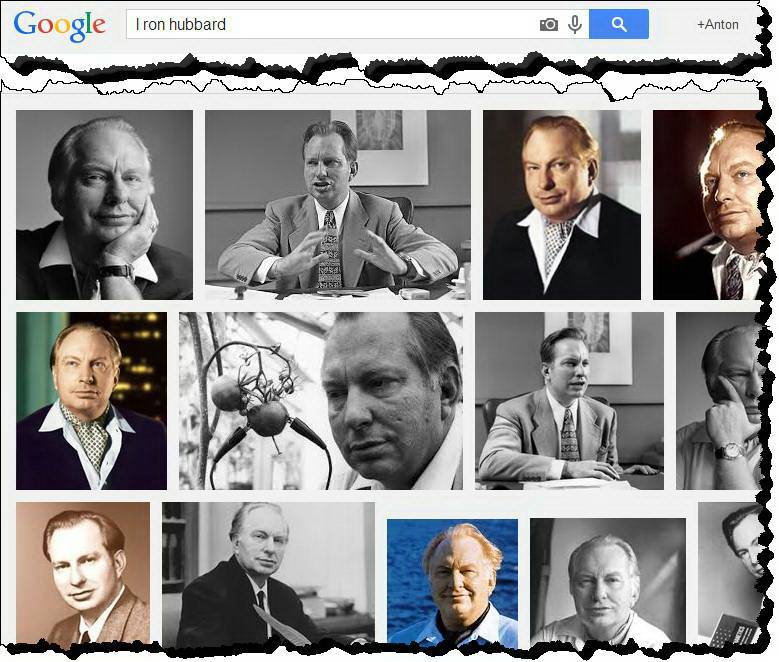 Screenshot of a Google Image search for L. Ron Hubbard

Scientology is a mixture of pseudoscience (ideas presented as scientific while they are not scientific), junk science (spurious or fraudulent information being posited as science), and regurgitated self-help theories.

Hubbard promoted his philosophy in his book, Dianetics: The Modern Science of Mental Health.

A fantasist, Hubbard lied about his past and his accomplishments.

Nevertheless, while Scientologists do not ‘worship’ Hubbard, they hold him in high regard. His written and recorded spoken words on the subject of Scientology collectively constitute Scientology’s scripture.

In order to protect his works, the Church has built a huge vault into the side of a mountain in New Mexico. The vault includes Hubbard’s writings on engraved on stainless steel tablets, which are encased in titanium capsules.

The Church of Scientology has a lengthy and ongoing record of hate- and harassment activities — behavior based on the unethical ideas promoted and condone by Hubbard (e.g. Dead Agenting and Fair Game).

Many independent Scientologists — who practice Scientology outside (and without the blessings) of the Church of Scientology — admire Hubbard, while denouncing the present-day Church, which they feel have hijacked and twisted his teachings.

About these research resources

Apologetics Index encourages independent research. Rather than re-invent the wheel, we point to a variety of (color-coded) research resources on any given subject.

This article is updated 1 from time to time.

First published (or major update) on Friday, May 2, 2014.
Last updated on December 28, 2016. Original content is © Copyright Apologetics Index. All Rights Reserved. For usage guidelines see link at the bottom.