Off-center or in error in some important way, such that the doctrine or practice should be rejected and those who accept it held to be sinning, even though they may very well be Christian.
– Source: A Biblical Guide To Orthodoxy And Heresy, Christian Research Journal, Summer 1990, by Robert M. Bowman.

In an article titled, “Eight Distinctives Of An Aberrational Christian or Bible-based Group,” the New England Institute of Religion Research writes:

Definition: Aberration – undue emphasis on a fringe doctrine, or a group of persons holding that doctrine that has not separated itself from the Church, frequently resulting in a potentially dangerous leadership structure. This is often an anti-conformist group, sometimes led by a charismatic leader, but as often by some principle of greater strictness, more single minded dedication, or more intense renunciation of the world and its attractions. Often has as its main principle some aspect of orthodox faith that is being neglected. The question concerning the seriousness of the fringe doctrine will be answered by the fact that the group has chosen to stay in the Church (i.e. within the boundaries of the “faith once for all delivered unto the saints”).

Introduction: There are eight general distinctives that are frequently found in aberrational Christian groups. Not all aberrational groups will necessarily exhibit everyone of these distinctives, but most do, and some will evidence one or more with greater intensity and scope. It is important to remember in identifying an aberrational Christian group that we are not dealing with a thorough going heresy, but often a mainstream group that is in transition from the fringes of Christianity to a heretical group completely outside Christian orthodoxy. For our purposes the difference between the two is this. A heretical group takes something major in Christianity (who Jesus is, salvation, the Trinity, etc.) and either negates it, or makes it minor. An aberrational group, on the other hand, typically takes something minor in Christianity and makes it major (submission to a pastor, baptism, worldliness, holiness, etc.) usually for the purpose of being able to manipulate or control the members.
– Source: A Biblical Guide To Orthodoxy And Heresy, Christian Research Journal, Summer 1990, by Robert M. Bowman. 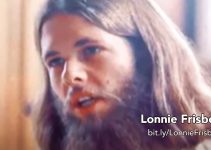