In a move that has Christian apologists and countercult experts puzzled and upset, Hank Hanegraaff – the already controversial president of the Christian Research Institute – has come out in support of the Local Church.

Its most recent attack was a $136 million libel lawsuit against authors and apologists John Ankerberg and John Weldon, as well as their publisher, Harvest House.

In their suit, The Local Church claimed that the Encyclopedia accused their group of criminal and immoral conduct. However, Harvest House and the authors have contended all along that the book does not and never intended to attribute such activity to The Local Church. Rather, the authors included the 11/4–page chapter on the Local Church’s teachings in the Encyclopedia based on the book’s definition of a religious cult: “a separate religious group generally claiming compatibility with Christianity but whose doctrines contradict those of historic Christianity….”

Though The Local Church insisted this case was not about being labeled a “cult,” they contended that by their mere inclusion in the Encyclopedia, and because the Introduction mentioned misdeeds committed by some unspecified cults, their group stood accused of any conduct that happened to be mentioned in the Introduction. Thus, they alleged, the book was libelous.
– Source: Appellate Court Rules in Favor of Harvest House and Its Authors, John Ankerberg and John Weldon, Harvest House Publishers, USA, Jan. 6, 2006

In January, 2006. the suit was dismissed by the Court of Appeals for the First District of Texas.

[T]he Court pointed out that the Encyclopedia centers on doctrinal and apologetic issues, and “that being labeled a “cult’ is not actionable because the truth or falsity of the statement depends upon one’s religious beliefs, an ecclesiastical matter, which cannot and should not be tried in a court of law.”

As for the criminal conduct mentioned in the Introduction, the Appellate Court decisively ruled, “No reasonable reader could conclude that the book accuses the [Local] church…of rape, murder, child molestation, drug smuggling, etc….The allegedly libelous statements in the Introduction are not “of and concerning’ the [Local] church and are not actionable.”
– Source: Appellate Court Rules in Favor of Harvest House and Its Authors, John Ankerberg and John Weldon, Harvest House Publishers, USA, Jan. 6, 2006

In response, the Local Church has filed a petition with the Texas Supreme Court to hear the case and reverse the Appellate Court’s decision.

(Friend of the Court brief) in which he sides with the Local Church.

Hanegraaff argues in the brief that in his opinion the Local Church is not a cult, either sociologically or theologically.

[Hanegraaff] also is clear that he and by extension, CRI, view The Local Church as theologically in agreement with the essential doctrines of the Christian Faith. This raises two questions:

1) Is it now CRI’s position that the courts should be the ones to determine correct theology? If so is CRI going to close their doors in deference to the courts determining sound biblical teaching?

2) If Hank and CRI believe that The Local Church is a theologically sound Christian group in the essentials of the Christian faith, as he indicates, why would he appeal to a court of unbelievers asking them to clear the way for believers to sue other believers before a court of unbelievers in clear violation of 1 Corinthians Chapter 6?
– Source: Don Veinot, The Crux, newsletter of Midwest Christian Outreach. Oct. 9, 2006 [Subscribe]

In December, 1980, the Local Church filed a religious defamation case against another author, and against the Spiritual Counterfeits Project. In that case, cult apologist J. Gordon Melton supported the Local Church.

Brooks Alexander, at the time SCP’s president, addressed the outcome of that case in an article titled, “When Talk Isn’t Cheap and Speech Isn’t Free: The Abuse of Libel Law.”

The most shocking thing about this report is that the founder of CRI, the organization that Hanegraaff heads up, is Walter Martin, author of The Kingdom of the Cults. Ankerberg happened to be one of Martin’s closest associates in the defense of the faith. Martin joined co-defendant John Weldon on the platform of The Ankerberg Show frequently to debate cultists and other aberrational teachers. The three men were quite a team. In fact, Ankerberg emceed Martin’s memorial service after he passed away. This was the same service in which Hanegraaff reportedly made his move to take over CRI (Christian Research Institute) by manipulating Martin’s widow to announce to the mourners that he was Martin’s appointed successor when indeed he wasn’t. (See the report on that on Martin’s daughter and son-in-law’s website at: http://www.waltermartin.org/cri.html and scroll down to read: Hanegraaff Wasn’t ‘Handpicked’)
– Source: Jackie Alnor, Bible-Answer-Man Turns Traitor, Apostacy Alert, Oct. 8, 2006

In an email to Bill Alnor, of the Spiritual Counterfeits Project, Norman Geisler – Dean and Professor of Theology and Apologetics at Southern Evangelical Seminary – wrote:

“I was shocked when I saw his brief…. I have sided with Ankerberg from the beginning. I personally pled with Hank not to side with the Local Church. I believe this was a very unwise and unfounded decision.”

Dwayna Litz of Lighting the Way Ministries encourages Christians to voice their concerns over Hanegraaff’s actions by calling his radio show. In addition she writes:

Also, I must warn anyone, if someone gives financially to CRI (with Hank as president), the person will receive phone calls for years after his or her last donation, asking to please give more. The poor trusting soul will also continue to receive mail solicitations years after placing an order.
– Source: Dwayna Litz, Voice Your Concern About Hank’s Lawsuit, Lightin the Way International, Oct. 9, 2006

That is is not the first time CRI’s fundraising tactics have come under scrutiny.

As I mentioned last week I have not been able to make direct contact with Hank and have not had my message returned from CRI V.P., Paul Young.
[…]

It is unclear if the version of the Scriptures CRI is currently using contains 1 Corinthians chapter 6 or perhaps it was overlooked. This issue becomes important because, unlike the top down authoritarian leadership of the world, the higher one ascends in leadership in the Church which is the Body of Christ, the more accountable they are to a larger number of people. It is the case that Christian leaders live in glass houses and everyone around them has Windex. Having a clear and understandable message is very important in the process of teaching and accountability.
– Source: Don Veinot, The Crux, newsletter of Midwest Christian Outreach. Oct. 9, 2006 [Subscribe] 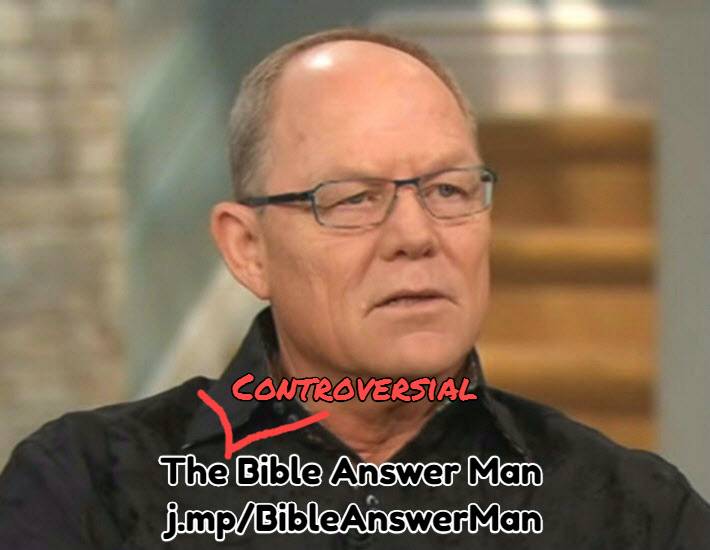