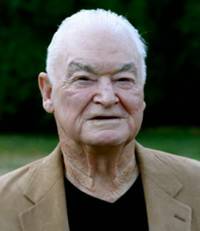 A prominent figure in the New Apostolic Reformation, Jones was the most controversial of the ‘Kansas City Prophets.’

Leaders at the infamous Kansas City Fellowship described him publicly as a “resident seer.”

Jones claimed that when he was seven years old, the archangel Gabriel appeared to him — riding a white horse and blowing a double silver trumpet into his face, before throwing an old bull skin mantle at his feet.

Jones said the mantle was that of a ‘Seer Prophet.’

Later Jones claimed that he died in 1975, but that God “sent him back to minister to church leadership and reach the multitudes with His love, truth and equipping the saints with understanding of the spiritual gifts.”

Hundreds of thousands of Christians who have bought into the controversial ‘renewal and revival’ movements, such as the Toronto Blessing or the Pensacola Outpouring, eagerly accepted anything and everything Bob Jones had to say.

Soon after the Vineyard Christian Fellowship had started to work with the Kansas City Fellowship, Jones was removed from his ministry duties at the Vineyard due to sexual misconduct. This misconduct did not include intercourse, but consisted of encouraging women to undress in his office so they could stand “naked before the Lord” in order to receive a “word.” 2