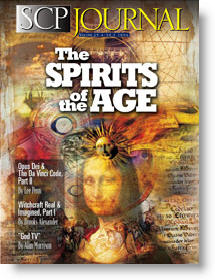 TM represented itself as a non-religious activity and was promoted as the Science of Creative Intelligence (SCI). According to SCP, TM was not religiously neutral and SCI was based on Maharishi Mahesh Yogi’s Hindu faith. The judge concluded that TM/SCI are “religious in nature within the context of the Establishment Clause of the First Amendment of the United States Constitution, and the teaching thereof in the New jersey public schools is therefore unconstitutional.”

Witness Lee et al v. Neil Duddy et al, was a religious defamation case brought by the so-called Local Church – which theologically is a cult of Christianity – against the author of a book titled, The God-Men and against SCP. While the book was published by InterVarsity Press, author Neil Duddy was said to have relied in SCP’s research.

The Access Line is open to the public at no charge three days a week, Monday, Wednesday and Friday from 2:00 p.m. to 5:00 p.m. West Coast Time (or 5-8 Eastern Standard Time). It is only one of our ministries interfacing with public need and making available our over 6,000 files on different cults and groups around the world. But we are more than just information brokers. Most of those of us on staff became Christians after having gone through any number of New Age and cultic alternatives. So we can speak from experience with insight.
– Source: Access Counseling Hotline, SCP website

Other materials, such as books, audio/video, and information packets are also available.