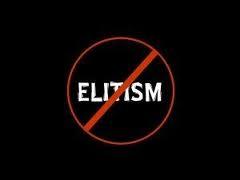 The proud desire to be a special and superior kind of Christian can lead us into bondage when this is taken advantage of by manipulative leaders. In his book Churches that Abuse, Ronald Enroth says that one tactic used by abusive leaders is to persuade congregants that they in some way stand out from other Christians due to their participation in the particular ministry of which the abusive leader is the head: “Followers are led to think that there is no other church quite like theirs and that God has singled them out for special purposes.” 2

I make a similar observation about ministerial manipulation of congregational pride in my article “Lesson Learned from Lying Leaders.”


– Article continues after this advertisement –

“The charmer will make his or her followers feel “special.” By constantly emphasizing how dramatically unique, important, and effective the group’s ministry is, he or she will make those who participate in the group feel that by being part of something superior to what any other ministry is doing, they are themselves superior to other Christians. Their identity with the group elevates their thoughts and feelings about themselves. The mixture of being charmed and made to feel special is a cocktail that so intoxicates followers they will believe and do things they ordinarily would not.”

In my article about red flags to look for when evaluating a ministry I identify elitism as one sign that a church may be unhealthy:

Elitism — an elitist view on the part of the group members, who seem to feel that one is a substandard, unenlightened, or unspiritual person if they are not part of their, particular group. If people seem to glorify a group or man more than God something is often wrong with the group. Groups that think they are better than other Christians are usually worse.

Those who look down on “ordinary” Christians who are not part of a supposedly remarkable ministry are, as a rule, inferior to those upon whom they look down. Bob DeWaay describes his own errant search to ascend above the “average” Christian:

“There are no extraordinary Christians; but being an ordinary Christian is an extraordinary thing. How I wish I would have understood that when I was a new Christian. But I didn’t. Soon after my conversion I began a quest to become the best possible Christian…My dissatisfaction with the Christianity taught in Bible College led me to join a Christian commune some months after graduation. That group’s founder taught that all ordinary churches and Bible Colleges were caught up in “religious Babylon.” He taught that the kingdom of God was to be found by quitting one’s job, selling one’s possessions, giving the money to the commune, and moving in together to be devoted to the “kingdom” twenty four hours a day. So in my search to become an extraordinary Christian I did what he said and joined.” 3

Lust for a feeling of spiritual superiority can be exploited by dishonest or abusive leaders. The followers’ feeling that leaving a particular group will make them second-rate, mediocre Christians can engender such staunch loyalty that they tend to overlook unbiblical elements in the church and inappropriate conduct by the leaders. Devotees of the assembly and its overseers learn to rationalize such things as they encounter them. The desire to be accepted in a congregation that is supposedly ultra-Christian evokes a herd instinct to go along with everything being said and done.

Elitism is rarely so overt that leaders actually say that one cannot really serve God as well elsewhere (though this does happen). Greg Jankowski, a reader of the first draft of this article, commented, “What scares me are the churches that have a more subtle way of this elitism.” One can still detect the elitism by its symptoms, though. It is evidenced when leaders and followers both publicly testify more about the church and the leaders’ ministry than they do of Christ and the Bible. Continual, public emphasis of some aspect of the ministry that is thought to be outstanding is another symptom of this elitism. I know of one pastor, for example, who would often use the phrase, “Where else can you…” about the church he pastored. Another popular preacher often contrasts what he says with what “the average Christian” believes.

Two qualifications should be briefly made here. First, the Bible does teach particularism — that one is saved only through conscious faith in Christ and what He did for us on the cross (see my article here). Secondly, we all naturally believe that the church we attend is the best one (otherwise we would attend church elsewhere) and this degree of “elitism” is just part of human nature.

One sign of bondage to manipulative leadership, however, is seen when this natural tendency is pressed to such an extreme that the congregants’ identity are so entwined with their, particular group that they think of themselves more as a member of that church than they do of themselves as followers of Jesus. They talk more of their church than they do of Christ, and they feel that attendance elsewhere will make them less of a Christian. They find it too difficult to “lower” themselves from the elevated status of affiliation with the “exceptional” ministry. Breaking free from such groups is generally a traumatic affair for those whose self-concept has been shaped by that affiliation.

“For when one says, ‘I am of Paul,’ and another, ‘I am of Apollos,’ are you not mere men? What then is Apollos? And what is Paul? Servants through whom you believed, even as the Lord gave opportunity to each one. I planted, Apollos watered, but God was causing the growth. So then neither the one who plants nor the one who waters is anything, but God who causes the growth.” — 1 Corinthians 3:4-7

“Love is patient, love is kind and is not jealous; love does not brag and is not arrogant.” — 1 Corinthians 13:4

“But He gives a greater grace. Therefore it says, “God is opposed to the proud, but gives grace to the humble.'” — James 4:6

“When you have a large audience together under the direction of charismatic personalities (using ‘charismatic’ in the popular, secular sense) you are involved in what we might call the group dynamics of the crowd….The power of suggestion in an atmosphere of excitement is stronger than one might suppose. Doing what other people are doing is contagious in crowds. Not only does the crowd behavior follow an inner dynamic of its own, it is subject to the dominance of the partisan.” — Andrew Walker 4