Flee from sexual immorality. Every other sin a person commits is outside the body, but the sexually immoral person sins against his own body. (1 Corinthians 6:18 ESV)

For many years now I have read and dialogued with representatives of moral relativist philosophy in the world and Antinomian theology in the church. Worldly, moral relativists insist that there are no moral absolutes and that one cannot “impose” “their” morality on others. Antinomians in the church say that to refer to specific do’s and don’ts in the New Testament (which is actually filled with them) is “legalism” (a NT concept that actually means reversion to Mosaic regulations such as dietary rules and special days). Both groups, however, apply their belief system selectively, actually approving the open prohibition of some behaviors. 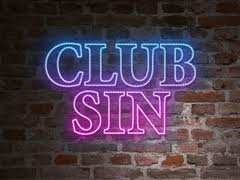 Relativists and Antinomians often speak themselves of certain things as right or wrong, and they do not mind the rest of us doing so as well. Relativists will agree that we should consider something such as genocide to be wrong and Antinomians will concede that it is acceptable to publicly say so. The same could be said for a variety of specific behaviors such as swindling the elderly, abusing one’s pet, committing unmitigated arson, randomly shooting innocent people, spitting in people’s faces for no reason, substantially misrepresenting a product one is selling, needlessly polluting the environment, intentionally slandering someone with falsehoods, and kidnapping an innocent child.

When speaking against any of these behaviors, the relativist will not say you are imposing your morality on others and the Antinomian will not say such things should not be specifically spoken against. They never insist that a public declaration that we should not kidnap children is legalistic rule-making.

It is almost exclusively sexual issues that draw the ire of relativists and Antinomians. For relativists, one is imposing their morality on others if they say sex outside of marriage between one man and one woman is wrong. Abortion is a largely sexual issue as well. The most common purpose of the practice is to enable women to engage in unrestricted sex with no consequences.

Antinomians say in theory that any mention of “shoulds” and “oughts”  is legalistic, but I have never heard one balk when another says a man should love his wife or that people should forgive those who offend them.

If one steals the property of an Antinomian they will not feel guilty or judgmental in saying to others that the thievery in question was specifically wrong for the person to do. They will not say, “Oh, this person was not letting Christ be who He is through them. They have not learned the secret of overflow. They have not turned their focus from specific do’s and don’ts to spontaneous love.” No. They will say, “This person should not have stolen my property.”

In my experience, the underlying factor almost always driving both the relativist and the Antinomian is sexual absolutes. The most specific test for Antinomianism is to quote someone the following verses:

“Flee from sexual immorality. Every other sin a person commits is outside the body, but the sexually immoral person sins against his own body.” (1 Co 6:18 ESV)

“For this is the will of God, your sanctification: that you abstain from sexual immorality; that each one of you know how to control his own body in holiness and honor, not in the passion of lust like the Gentiles who do not know God;” ( 1 Thess 4:3-5 ESV)

“For you may be sure of this, that everyone who is sexually immoral or impure, or who is covetous (that is, an idolater), has no inheritance in the kingdom of Christ and God.” (Eph 5:5 ESV)

After merely quoting these and some related verses to an Antinomian recently, they responded by saying I represented everything bad from which they were being delivered (the bad being sexual, moral standards actually spoken).

Antinomians do not object if by “Jesus is Lord” you are trying to say that He is Lord over their financial and health problems — that He is the authority over the devil who is trying to destroy their happiness. 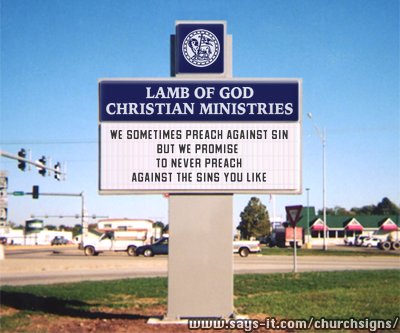 The objections only begin to fly once you state that Jesus is Lord over our sexual conduct. They insist that to say such things means you “do not love Jesus,” though Jesus said, “If you love me, you will keep my commandments.” (John 14:15 ESV) and said that his commands should be taught to the ends of the earth:

“Go therefore and make disciples of all nations, baptizing them in the name of the Father and of the Son and of the Holy Spirit, teaching them to observe all that I have commanded you. And behold, I am with you always, to the end of the age.” (Matthew 28:19-20 ESV)

We do not have the prerogative of picking and choosing the New Testament, moral imperatives we can openly speak of, however. It is arbitrary to say we may talk about a man’s obligation to love his wife but cannot speak of his obligation to remain sexually faithful to her.

I dislike antagonism from relativists and Antinomians. Both can sometimes be harsh. The only alternative, though, is to be ashamed of my Lord’s words, and that I just cannot do, even if the subject matter does involve sexuality.

The above was originally posted on Google+ and one party commented on Antinomianism as an “anything goes” theology. I responded as follows:

“Anything goes” antinomianism could be also expressed as libertine antinomianism if one is speaking of the variety that says the Christian cannot really sin regardless of what they do. This was common among some of the Gnostics.

The kind of Antinomianism we see more of in our day (beginning with the “Free Grace” movement of Zane Hodges et al. and morphing just a bit in the newer form as seen in teachers such as Joseph Prince) is essentially  Sandemanian Antinomianism (a heresy associated with an eighteenth-century movement) rather than libertine Antinomianism.

Sandemanianism did not directly say that anything goes in the sense that anything was approved of but just said that everyone was OK who gave mental assent to the gospel. Thus, those who made a profession could live as they pleased even though the leaders did not necessarily endorse this behavior. It is still “anything goes” as regards salvation even if the teachers and leaders profess not to endorse sin.

Joseph Prince has embraced this by espousing unconditional security without the need for the perseverance of the saints. This semi-Calvinist view is an unorthodox one that gives comfort to those who have never evidenced a changed life (Prince even asserts that repentance does not involve a turning from sin). I have spoken to a homosexual follower of Prince who acknowledged what the Bible said about his lifestyle. He was not concerned, however, because he was sure God saw it as no big deal in spite of what the Bible said.

One of the chief characteristics of the new Antinomianism as it has developed in the 21st century is that it insists that we must never speak of do’s and don’ts and can never use words such as “should” or “ought.” All of life must be subjective spontaneity and those who offer any word of exhortation (such as those found in the NT) are presenting a “legalistic ministration of death.”

As I pointed out in the post above, the phenomenon in practice actually reminds me of moral relativists who wish to censor any public admonition to right living. Both actually tolerate and sometimes join in on such admonitions but militantly draw the line when sexual morality is discussed. Any do’s or don’ts mentioned on this issue are condemned as intolerance by the relativists and condemned as legalistic rule-making by Antinomians.

The fact that they do not take a similar posture regarding such things as kidnapping innocent children shows they have a selective approach to the application of their philosophy/theology and that with both groups the one subject that is always off-limits for exhortations to biblical absolutes is sexual behavior.”