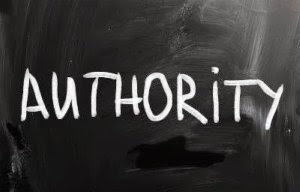 I recently posted a statement on Google+ disagreeing with a non-essential action taken by my own denomination (their cooperation with and promotion of Charisma Magazine). I asserted that Scripture was the ultimate authority for doctrine and practice, enabling me to respectfully disagree with my own denomination. Someone asked a question about the legitimacy of differing with authority. I responded as follows:
__________

There are several considerations when discussing the issue of spiritual authority:

1) The genuineness of authority. The mere facts that someone claims spiritual authority and has a following do not ensure that authority is genuine:

“I know your deeds and your toil and perseverance, and that you cannot tolerate evil men, and you put to the test those who call themselves apostles, and they are not, and you found them to be false;” (Revelation 2:2 NASB)

The risen and ascended Christ commends the believers for testing all claims to authority and rejecting those that are false. Paul told us to “test everything” (1 Thessalonians 5:21) and John told us to test the spirits (1John 4:1). John also said the following:

“As for you, the anointing which you received from Him abides in you, and you have no need for anyone to teach you; but as His anointing teaches you about all things, and is true and is not a lie, and just as it has taught you, you abide in Him.” (1 John 4:1 NASB)

John was not saying teaching was not profitable (he was teaching as he wrote those words!) but he was indicating that believers have no need for people to tell them things to believe that they cannot see for themselves.

While the Bible tells us to submit to legitimate authority (Hebrews 13:17), it gives us some autonomy in determining who the legitimate authorities are. A blind submission to authoritarianism which forbids independent thought will result in confusion and contradiction since there are many sources that make conflicting claims to this kind of absolutist authority.

2) The extent of true, spiritual authority. Leaders are authorities under authority. God is the ultimate authority and His Word is the the final authority for doctrine and practice. Regarding any specific teaching or practice in which a genuine authority figure is out of line with Scripture, he or she lacks specific authority on that, particular thing. Authority flows down from the top. To  make a business analogy, if a middle manager tells employees to do something that the CEO has forbidden, his dictate lacks authority in spite of the legitimacy of his authority in general.

Likewise, if a legitimate, spiritual authority figure demands we do something that either contradicts or has nothing to do with God’s commands, his dictate lacks authority. I know of one case in which a pastor made a rule that men in the church had to have belt loops on their pants. This particular dictate lacked true authority.

3) The nature of leadership. Leadership is actually a gift given from those who follow. Followers retain free will and a mind of their own. They need not follow if a leader is leading them down a bad road.

4) Ultimate accountability. No group or leader will answer for me to God. I will stand alone before Him when I do so and I will not be excused for following a leader into sin or error. As J. C. Ryle said, “A minster’s mistakes do not excuse our own.”

Conclusion. If a group or leader does not allow us some autonomy to think for ourselves, they should not be followed. The Assemblies of God, for example, will allow me the autonomy to say what I have in disagreement with leadership because my comments do not violate any A/G fundamental beliefs. C. M. Ward was a popular, old A/G preacher (most noted for his 25 years with the “Revival Time” radio broadcast) who boldly and publicly rebuked his own denominational leadership at times. He was never disciplined for this because he never strayed on essential doctrines or standards of holiness.

Even within submission to legitimate authority there must be some latitude or the authority is authoritarian and thus not legitimate. I disagree with my denomination on more than just the issue stated in the post but I agree with it on the essentials and believe they are sufficiently in harmony with Scripture to justify my allegiance with them. The day I decide they have moved substantially away from essentials (such as if they change their views on justification by faith or the Trinity) I will leave the group for another.

Submission to leadership is conditional. If a leader is leading well we should follow. Even if they diverge from the path just a bit we should be respectful, but we must always reserve the right to respectfully disagree if they say or do things we think are not in harmony with Scripture.

“No single ministry owns exclusive rights to your thoughts. We are not to commit intellectual suicide when we become part of a ministry.” — Charles Swindoll

© Copyright 2013, David Kowalski. All rights reserved. Links to this post are encouraged. Do not repost or republish without permission