The House of Yahweh (Abilene, Texas) has long foretold the end of the world. A book called “The End,” is describred as follows:

Mankind can no longer afford to continue on their destructive path. Too many nations now possess nuclear weapons that can destroy the world. We must turn to Yahweh and His Laws of Peace now!

All of Daniyl’s prophecies have come to pass, except for the destruction which will end the Seven Year Plan of Peace. This will be the worst time of trouble ever for all nations. We only have a few months left of this Seven Year Plan. It was signed September 13, 1993 and went into effect October 13, 1993. The plan had been inactive – but now…

We have very little time left, before the GREATEST DESTRUCTION EVER in the history of mankind surely comes upon all nations.

This book was written to warn the whole world, leaders and people alike, of what the Bible says is coming upon the world, why it is coming and what can be done to save yourself and your family.
– Source: Description of “The End,” a book by House of Yahweh founder Yisrayl Hawkin, posted at the group’s web site. Last accessed July 18, 2006

The House of Yahweh, a Texas based religious group whose leaders are former members of the tax protesting Posse Comitatus, is typical: Hawkins (the leader) has interpreted biblical scripture that the Israeli Peace Accord signed on October 13, 1993, has started a 7-year period of tribulation which will end on October 14, 2000, with the return of the Yeshua (the Messiah). He also has interpreted that the FBI will be the downfall of the House of Yahweh and that the Waco Branch Davidian raids in 1993 were a warning to The House of Yahweh from the federal government, which he terms “the beast.”
– Source: Project Megiddo, FBI Report

The escalating Middle East conflict has strengthened the convictions of a doomsday cult in central Kenya that believes the world will come to an end in September.

Members of the “House of Yahweh” sect here have begun selling off their belongings and preparing for Armageddon, attracting the attention of authorities concerned the group’s leaders may be taking advantage of believers.

“The goings-on now in Israel are a clear indication of what will happen,” says Ruth Wanjiku, a member of the Kenyan branch of the House of Yahweh that is based in the US state of Texas.

“This is the beginning of the end of the world as prophesied by the ‘Book of Yahweh’,” she says, referring to the group’s version of the Bible that holds Armageddon will begin on September 12.
– Source: Doomsday cult sees end to world in September, AFP (France), July 16, 2006 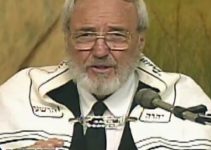