Recently I was asked about my thoughts on the difference between cataphatic and apophatic theology, and answered as follows: 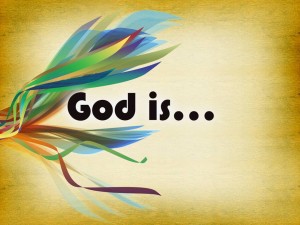 Cataphatic theology (theology through positive assertion about who God is — sometimes spelled kataphatic) is the easiest of the two to address, being theology that says things about who God is. I believe the New Testament is essentially cataphatic without falling into dry “scholasticism” (for lack of a better word with which to label dead, intellectual orthodoxy). What we can say about God is not something we should seek to relegate to intellectual propositions unrelated to the God we know by experience. As long as this knowledge is part of an overall relationship that is in the true sense “mystical,” cataphatic theology is biblical and is essential to real, theological discussion.

Apophatic theology (theology through negation which asserts only what God is not) is a bigger concept. I would liken it to the Mississippi River delta, which has many streams as well as swampland all around. I will speak of the whole “delta” of apophatic theology but others will doubtless say I am not fair to their particular stream or part of the swamp.

Apophatic theology developed in the church in an effort to speak to or accommodate Platonism, Middle Platonism, and Neo-Platonism. In these developments of Platonism, “God” seems to become increasingly abstract and less personal. Roger OIson traces Christian, apophatic beginnings to Athenagoras of Athens in the second century. Olson says, “Apparently Athenagoras and later apophatic thinkers assumed that God’s perfection means being unlike anything created…The result, of course, was a gradual diminishing of the biblical God’s personal nature” (The Story of Christian Theology, p. 63).

I think Olson is spot on. What describes who God is as a person is His attributes which must be spoken of in positive terms. Apophatics saw God as transcending the kinds of attributes posited of Him in Scripture, and thus preferred to speak only of what God is not — leading to an increasing depersonalization of God (that was more or less qualified or corrected in some later streams). Apophatic theology traveled through the heart of the early Alexandrian church which absorbed it from Neo-Platonism, and it found its classic expression in the mystical theology of Pseudo-Dionysius the Areopagite in the early sixth century. 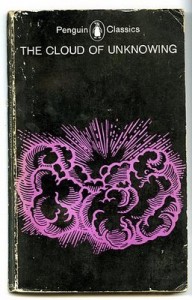 In The Divine Names and in the Mystical Theology, Pseudo-Dionysius said God was “beyond being,” “beyond divinity,” and “beyond goodness.” Thus, in place of the biblical description of God as a divine being who is good, we have nothing but an abstraction that cannot be spoken of intelligibly. In place of intelligent thought Pseudo-Dionysius taught mindless, contemplative prayer:

“And you dear Timothy, in the earnest exercise of mystical contemplation, abandon all sensation and all intellectual activities, all that is sensed and intelligible, all non-beings and all beings, thus you will unknowingly be elevated, as far as possible, to the unity of that beyond being and knowledge…Now, however, that we are to enter the darkness beyond intellect, you will not find a brief discourse but a complete absence of discourse and intelligibility.” 1

I took seminary courses in church history from a very reserved (and highly respected) scholar who was quite slow to attribute bad sounding labels to any figure without thorough justification. He agreed with my assessment, though, that what we find in Pseudo-Dionysius is essentially indistinguishable from Buddhist religion. God is a mystical experience only. The only way to “think” of God is to silence the mind altogether and be lost in the ecstasis (ecstasy). Pseudo-Dionysius does speak to us but he does so out of silence by way of negation.

This way of “unknowing” has persisted in various manifestations such as the Hesychasm of Eastern Orthodoxy. It shows itself in many of the medieval mystics. In the fourteenth century, for example, Meister Eckhart declared that we should not “chatter” about God (speak of who God is or what attributes He possesses). One interesting development among the mystics was a strong tendency to replace sound theology with the Eastern idea of divinization (or theosis, which the Eastern Orthodox have modified in recent times), a pantheistic or at least panentheistic view of the deity, and a “union” with God that is often more akin to the idea of nirvana in which one is absorbed into God.

The heritage of apophatic theology can be seen in Karl Barth and the Neo-Orthodoxy he helped birth. Barth’s “wholly other” God is so wholly other nothing certain can be spoken of him in propositions (it took Barth millions of propositions to say that). It is little wonder that the undefined God of Neo-Orthodoxy soon degenerated to Bultmann’s humanistic concept of God as the experiences in life through which we gain self-insight. Postmoderns such as Derrida are sometimes called apophatic in their approach to the subject of deity or differance, and many postmodern theologians such as John Caputo owe much to apophatic theology.

There has been a resurgence of interest in mysticism and contemplative prayer in the 20th and 21st centuries — most of which has roots in apophatic theology. Thomas Merton, Henri Nouwen, and Morton Kelsey are just three names among many in this stream. All of them take an unorthodox approach to the theology of God and prayer. Merton was seriously contemplating conversion to Buddhism at the time of his death.

Doubtless, someone will say something like, “But all I mean by apophatic theology is that we must experience God after we speak of who He is.” If that is all they mean, that is fine. Unfortunately, that is largely not what people mean by the term, and apophatic methodology has spawned much unorthodox theology. I believe it is largely responsible for the blooming movement of interfaith spirituality that sees Christianity as just one mythology that tries to relay the common, inexpressible, mystical experience supposedly underlying all religions. This view has become popular in the emerging church movement and is surprisingly common in Roman Catholicism today.