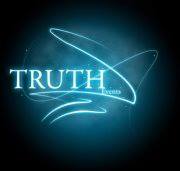 As I mentioned in an earlier post (“Will the Real Truth Please Stand Up?” — it provides some important background for this one), existentialist “truth” is the forerunner for postmodern “truth.” Both are relative and subjective. Neither is really true. In the postmodern setting, existentialism is blending in quite seamlessly in the form of revived neoorthodoxy. I once visited the blog of a Princeton (a hotbed of revived neoorthodoxy) scholar who railed against Charles Colson’s advocacy of absolute and objective truth with as much fervor as any postmodern theologian.

This man defined “truth” as “an event that interrupts us, which places us existentially outside ourselves.” In other words, he shared the postmodern view that truth is not propositional — that it cannot be communicated in concepts — but was instead an ineffable (non-communicable) experience. In existentialist and postmodern theology, the experience is said to be with “God,” though nothing about the experience can be spoken of in concepts. This sounds absurd to most people but this is the cool, elitist, non-truth of our day that has shaped a shocking number of ministries. I responded to the blogger’s definition of truth as “event” (non-communicable experience) with the following, slightly edited thoughts:

“There either are or are not “truth events” of this kind on your blog. If there are not any, are you not failing your readers? If there are such non-communicable “truth events” on the blog, am I entitled to get from them an ineffable truth that leads me to abuse the environment? If not, why not? Can you explain this to me without propositions or will you offer me another “event” from which I am free to make my own personalized “truth” (such as that I should defraud people of their money). Do you intend to start a new blog with no propositions and “truth events” only? I guess it is just not “cool” to believe in absolute, propositional truth these days, but the funny thing is non-propositionalists communicate this in propositions!”

“There is no reason, in contrast to Kierkegaard and Barth, that God’s revelation cannot be both personal and propositional.” — Norman Geisler

This was originally posted on Google+ and provoked a question from a reader about how reliable one should consider Kierkegaard  to be as a teacher of truth and whether or not it was advisable to read his works (questioning if perhaps his writings were “out there”). I responded as follows:

I think Kant was a pivotal figure in separating noumena andphenomena, but Kierkegaard kicked that can further down the road, officially separating revelation from reason. I consider him the most important tributary of existentialist theology and once revelation is divorced from real history (when geshichte is differentiated fromhistorie) it becomes hard to say just how this revelation differs from make believe. It also seems to me that Kierkegaard’s rejection of propositional revelation was a real watershed moment and that we are still living in its aftermath. I see postmodern theology as less of a rejection of existentialism than an extension of it, with non-propositional revelation being one common bond between the two.

Kierkegaard summarized his quest as as seeking “to see what God really wishes me to do…to find a truth which is true for me (Journals, p.137). This subjectivity would not be of concern were it not for the fact that he rejected objectivity (see, for example, Journals, p. 184). What matters to Kierkegaard is not what one believes, but how passionately one believes it and how fervently one acts upon it.He advises a leap of “faith” (a kind of fairy tale belief) that has as little as possible to do with evidence or reason. Colin Brown compares Kierkegaard’s God to the Wizard of Oz, noting, “It is not so much his existence that counts as the thought of his existence.”

For the Kierkegaardian existentialist, revelation is experience only and at least theoretically non-communicable (I agree with Millard Erickson’s observation that it is odd that Barth wrote so very many propositions about how Christian truth has none). For all the ridicule that talk of slippery slopes can elicit, I think existentialism is a true, slippery slope as a result of this non-verifiable aspect of so-called revelation. Bultmann and Barth quarreled, but Bultmann was just more consistently existentialist than Barth. The death of God theologians claimed they were only taking Barthianism (which is essentially Kierkegaardiansim) to its logical conclusions.

All of the above relates to Kierkegaard in that it shows the logical implications of Kierkegaard’s thought. Kierkegaard was a very passionate man who often said quite commendable things. Still, there are significant elements of his thinking I cannot embrace.

I do not hero-worship Francis Schaeffer but I think his trilogy on existentialism is quite helpful (The God Who Is There,Escape From Reason, and He Is There and He Is Not Silent). I would never discourage anyone from reading a particular author such as Kierkegaard, as at the very least, a proper education involves primary source research. Christians should never have a forbidden books list. Still, I think when reading Kierkegaard one should have his eyes open and his mind fully in gear. I also think it helps to read critiques of Kierkegaard such as those given by Schaeffer and also by Colin Brown (in Philosophy and the Christian Faith).

Sorry for so long a response but Kierkegaard is not an easy man to talk about. I guess I would say he is “out there” but I read “out there” authors all the time. One just has to be careful and discerning.