The majority of translations render the beginning of this verse as “daughter of Zion,” but I believe the HCSB and the NRSV have the translation right, expressing a thought that could be missed otherwise. Many scholars consider “Daughter Zion”  a legitimate translation of the Hebrew, and I believe this wording is a more logical and meaningful one .

Zion was the name of a hill that came to be used as a designation for Jerusalem and eventually for all of the inhabitants of Judah. In the New Testament, “Zion” is used to designate the new, heavenly Jerusalem to which Christians “have come” (Hebrews 12:22).

Since Zion was already a metaphor for God’s people, translating Isaiah 1:8 as “daughter of Zion” is a way of saying “the daughter of God’s people” — a concept not expanded on anywhere in the Bible. Translating as the HCSB and NRSV do literally means “God’s people — His daughter,” a thought that is also found in Zechariah 2:10, Jeremiah 46:19, and Jeremiah 48:18.

In his commentary on Isaiah, W. E. Vine expresses his preference for the translation “Zion the Daughter” in Isaiah 1:8, saying, “It is expressive of the tenderness with which the Lord had regarded the relation with which He had established between Jerusalem (as representing His people) and Himself.”

While I have not read anything about Vine having daughters, I do know he had five children, so the odds are quite good that he did have a daughter, and that this was why the verse so captured his attention.

Only a dad that has had daughters will really get this. I have a son and two daughters. I love my son every bit as much as I love my daughters, but there is something different (not more) in a dad’s heart for his girls. Mothers love the daughters just as much as fathers do, but there is still a difference in the way a dad feels about and relates to his daughters. There is a kind of tender protectiveness in the heart of a man for his daughters that only experience can describe. 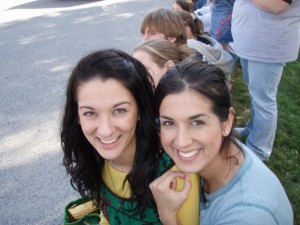 When my youngest daughter Kristin was married, it was to a very good man, but I could not stand to look at them dancing at the reception. Another man was taking my girl. I knew it was right but it was hard to let go. The car ride home was a very emotional one. My older daughter Amy’s marriage was not much different.

To me, it is utterly profound to think of God as having that kind of tender feeling for us. In Isaiah 1, God says His daughter has turned her back on Him — something that would break my heart as a father. It is a comfort to know I am loved that way, and sobering to think of how my turning away from Him would grieve Him. 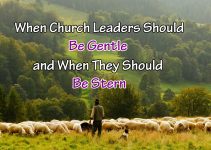