“Then the Lord God said, ‘It is not good for the man to be alone; I will make him a helper suitable for him.” Out of the ground the Lord God formed every beast of the field and every bird of the sky, and brought them to the man to see what he would call them; and whatever the man called a living creature, that was its name.” (Geneses 2:18-19 NASB) 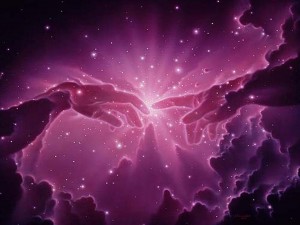 It is fashionable in some quarters to believe that Genesis chapters one and two give conflicting accounts of creation. This belief is based on a faulty interpretation of Genesis 2:19 which some interpreters believe says man was created before the animals in contrast to the first chapter of Genesis which says the animals were created first. The NIV has perhaps the best translation of Genesis 2:19, saying God “had formed” the animals. This is a pluperfect, indicating the animals were created before man. Even if one were to translate this verse as a simple past tense the statement is easily seen as a parenthesis. I will give an example of this kind of parenthesis in two fictional comments:

“When I started hearing people assert the accounts were contradictory, I engaged in studying the issues related to Genesis chapters one and two.”

“I have studied the issues related to Genesis chapters one and two. I became interested in it when I started to hear people assert the accounts were contradictory.”

These two statements have the same meaning even though they have a different order. In the first statement the events are related in strict chronological order. The second statement uses a parenthesis, talking about an action after one that comes after it in time (it speaks of becoming interested in the issues after mentioning the study of the passages). This kind of parenthesis is a very common device in the English language and it was in the Biblical languages as well.

Thus, we have three options:

1) The Hebrew should be translated as a pluperfect, thus eliminating any possibility of a contradiction.

2) The second account uses the common device of the parenthesis.

3) The author (or, if one insists, editors/redactors) of Genesis was extremely careless with this text which was considered holy. Over the centuries no one seemed to notice this was a contradiction. Furthermore, very few people did until liberal scholars pointed it out in the 19th century.

Options 1 & 2 are possibilities. Option 3 does not seem credible. I embrace both accounts since they do not contradict each other. In fact, they complement (fill out the meaning of) one another.