The Passover of the Jews was near, and Jesus went up to Jerusalem. And He found in the temple those who were selling oxen and sheep and doves, and the money changers seated at their tables. And He made a scourge of cords, and drove them all out of the temple, with the sheep and the oxen; and He poured out the coins of the money changers and overturned their tables; and to those who were selling the doves He said, “Take these things away; stop making My Father’s house a place of business.” His disciples remembered that it was written, “Zeal for Your house will consume me. (John 2:13 -17 NASB). 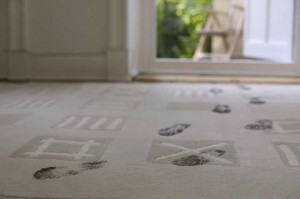 Jesus maintained a calm demeanor as he walked through the city streets that were no doubt full of vice and corruption. We see a dramatic change in Him though, when He enters His Father’s house. The money changers’ actions were legal and even approved by the religious authorities, but Jesus found them intolerable. Why would Jesus display such zeal and anger over an unfair exchange rate when He had walked so calmly past all kinds of vice? The disciples knew — it was zeal for His Father’s house. It does not bothers us to see dirt outside of our house but if it makes it’s way inside we sweep it out because It does not belong there. Regardless of how much dirt is outside, we want our house to be clean inside — and Jesus’ zeal for the Father’s house caused Him to sweep out the dirt that did not belong there.

It seems that while God opposes all error and sin, he is especially passionate about expressing this opposition when error and sin come into his house. Ask those who saw Ananias and Sapphira struck dead after giving to the church — but exaggerating about the percentage they gave from the sale of their house. (Acts 5:1-11). There were no doubt people all throughout Jerusalem who had told bigger lies that day, but these two had defiled the Father’s house when they lied to the Holy Spirit.

Ask those who heard Paul’s stern rebuke of those who taught error in the Galatian church: “I wish that those who are troubling you would even mutilate themselves” (Galatians 5:2 NASB). We have these words recorded because they were inspired by the Holy Spirit.

It seems clear that when the dirt comes into His house, God does not find that tolerable. God has welcomed us into His house but we must keep it clean. If we have no zeal for the cleanliness of the Father’s house, we are not moved by the same Holy Spirit that moved Jesus, Peter, and Paul.
__________