Just what everyone wanted — another “ism” to learn, and this one can be difficult. Still, I consider it an important effort to bridge the gap between Calvinism and Arminianism. I have always found the determinism in strict Calvinism to be unscriptural but have had to admit that Arminianism does not seem to do justice to Scripture’s teaching on God’s sovereignty. I know I am not alone in this, as many people who do not know exactly how to explain their position call themselves “Calminians.” I have good news, Calminians, there is a better name for your view — Molinism — a teaching that seeks to reconcile God’s sovereignty and man’s free will.

The most notable, modern advocates of this view are William Lane Craig and Alvin Plantinga (arguably the two best minds in the church today). Because Craig and Plantinga run in the more philosophical crowd they explain their teaching in philosophical terms such as “middle knowledge” and “counterfactuals,” partly explaining why the teaching has not had much of an impact on popular piety. Craig’s articles on Molinism can be found here.

My own views were molinistic before I was familiar with the term Molinism. I had always sought to find ways to harmonize God’s sovereignty with man’s free will. The following explanation and illustration comes from a paper I wrote in seminary and I believe it presents molinistic thinking about as simply as it can be.

“…The central question in this controversy [foreknowledge as prescience vs. foreknowledge as foreordination] is how we are to understand the Greek wordsprognosis and proginosko which are translated into English as “foreknowledge” and “foreknow.”  The Greek words themselves generally imply simple prescience.  They are the Greek equivalents for the English “knowledge” and “to know” with a prefix (pro) meaning “beforehand.”  The nearest Hebrew equivalent for the Greek word gnosis is yada, which has a broader meaning than gnosis, including, among other concepts, a reference to intimate personal relationship.  Thus, the Hebrew concept of foreknowledge, which would have influenced the writers of the New Testament, included the idea of a sovereignly foreordained selection of a person, even though it did not always and exclusively mean this.  It is interesting to note that proginosko is used in the LXX version of Judith 9:6 in a way that seems to speak of the foreordination of events.

With the lexical investigation inconclusive, we turn to the usage of the word in our two main texts, 1 Peter 1:2 and Romans 8:29.  1 Peter 1:2 seems Arminian, since Peter says we are chosen (elected) according to God’s foreknowledge.  If we are to interpret foreknowledge in this verse as foreordination we end up with Peter saying God chose us according to His choice, which is needless redundancy — a tautology.  Romans 8:29, however, seems to allow for a Calvinist interpretation, since Paul speaks of God’s foreknowing persons, a thought that seems more Hebrew than Greek.  An examination of usage in these two texts seems to support prescience, but also allows for foreordination.

I believe we have difficulty understanding the concept of God’s foreknowledge and we try to insist it means either prescience or foreordination because we think in limited, finite terms.  I offer the following imperfect illustration as an example of how foreknowledge can include both concepts: 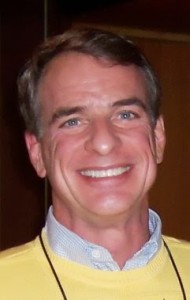 Suppose a playwright were given the ability to create real characters in a different dimension.  While these characters would be utterly dependent upon the author, and though the author would exercise omniscient and omnipotent powers over the play, the people in the play would remain real people with the ability to choose for themselves.

For the “play” to be real the author would exercise his creative powers in such a way as to honor the freedom to choose he originally gave the characters.  Suppose further, this playwright were given the opportunity to “write” an infinite number of drafts before settling on the final version.  By the time the playwright would produce this final version, he or she would know how each character would act in connection with every given set of possible contingencies.  Thus, as the final version was crafted, the playwright would know, and as the author, foreordain the ultimate outcomes, creating the best of all possible worlds.  While it would be true, in one sense, to say that the author sovereignly foreordained the final script, it would be foolish to deny that he or she used in this foreordination the prescience gained from the infinite number of drafts.

God instantly and effortlessly knows all of the possible “drafts” of history.  While He does script the final version of it, He does this on the basis of prescience.  His creatures remain real people and history remains a real story.  The New Testament concept of foreknowledge includes the concept of prescience in a way that retains man’s free will yet maintains God’s sovereignty in election.  God knows in advance those who will choose to receive His saving grace, and this foreknowledge of God informs His sovereign election of some to salvation.”