When my children were finally at the stage that they were getting married and having families of their own, I took the time to write down for them some basic thoughts on marriage and parenting. What follows below is from the section on parenting:

I have read many books on parenting and they actually did very little to help me. As with marriage, the Bible and experience proved to be much more helpful. I’ll share a few thoughts.

It is a bit intimidating when you have your first child. You don’t feel completely adequate for parenthood. The thoughts sink in about how many responsibilities will be involved down the road. My advice — don’t sweat it. You will do fine. I’ll let you in on a secret — parenting is not rocket science.

Notice that I did not say parenting was not important or that it was always easy. It is the most important thing you will do and it is often quite difficult. I’m just saying it is not as complicated as some people make it out to be. You are way ahead of that child in life. You have gone much further down the road than they have. There is nothing they will face that you have not faced in principle. You already know the basics about life that they don’t. Most of parenting relates to really simple things such as cleaning up after oneself, not arguing with a brother or sister, avoiding dangerous situations, and calming down when one doesn’t feel like it.

I think the most important thing to realize is that the child does not come pre-civilized and obedient. The child is born with a fallen, sinful nature and does not know how to live. James Dobson is right when he calls very young children “barbarians.” You must train them. As children get close to 2 years old they enter the “terrible twos” stage. It really is terrible. You will engage in a lengthy war (not too strong of a word) over the next few years with the child over whose will prevails in daily living. You must win that war.

Do not tolerate disobedience. Of course you should never be physically abusive to a child. You should love the child and be understanding of their immaturity.  You should shower the child with affection. Don’t get angry over accidents. Teaching children to be careful is a long and difficult process. Be kind and thoughtful toward them. But when they disobey, you absolutely must discipline them. Fussing at them means nothing at all. Kids don’t care about your fussing; they only care about consequences.

Proverbs 22:6 NASB — “Train up a child in the way he should go, And when he is old he will not depart from it.”

I firmly believe that we have not outgrown the need to spank children. (By spanking, I mean a couple of firm swats with a ruler on the gluteal maximus). It is not barbaric or abusive, and it is quite biblical (see Proverbs). In order to train children you must have some “big gun” in your arsenal that the child knows you will use. He or she will only learn that you will use that “gun” through experience. Children will inevitably test you to see if you will discipline them in public. Don’t back down or they will learn that they rule in public places. Don’t spank them in front of others (these days someone might report you to family services — seriously), but don’t delay. Take them someplace where you can discipline them properly.

Proverbs 13:24 NASB — “He who withholds his rod hates his son, but he who loves him disciplines him diligently.”

Proverbs 19:18 NASB — “Discipline your son while there is hope, and do not desire his death.”

Proverbs 22:15 NASB — “Foolishness is bound up in the heart of a child; the rod of discipline will remove it far from him.”

Proverbs 29:15 NASB — “The rod and reproof give wisdom, but a child who gets his own way brings shame to his mother.”

Proverbs 29:17 NASB — ” Correct your son, and he will give you comfort; he will also delight your soul.”

Children will not always understand “why” (their big question) you tell them they must do something or cannot do something. If you can briefly explain the reason to them, fine. Do so. They must learn, however, that there are things you understand that they don’t and that you are the authority — the one in charge. If they do not understand, “Because I said so” is good enough.  You will find that over time you need to discipline them less and less. They will do what you say. By the time they are too old to spank they will be trained and consequently will respond to other forms of discipline.

I’m not a huge fan of Dr. Phil, but he was spot on when he spoke to a family in which the two teenage boys were totally out of control. Dr. Phil told the parents that where they blew it was when the boys were 2, 3, and 4 years old. I couldn’t agree more. Charles Spurgeon said “You can bend the sapling but not the tree.” By that he meant that you can shape a child’s character with reasonable ease when they are very young, but the older they get, the more difficult they become to train.

So win the war early and then don’t back down. Many parents fail to hold their ground during the teen years. They think it is not practical to hold the kids to standards that their peers don’t have to follow. “You must learn to compromise,” they say. I have only heard those kinds of words from parents whose teens went on to break their hearts. If you give an inch, a teen will not say to himself, “Gee, Mom and Dad compromised on that one point, I will be satisfied with that and never try to push the boundaries again.” Teens will keep pushing no matter what. I did when I was a teen.

If you give an inch they won’t be satisfied at all with that. They will just keep pushing and pushing until you become ashamed that you are so lenient with them. It’s just as easy to defend the first inch as it is any of the other inches as the boundaries get pushed. Stand your ground. Do not surrender the victory you won in the earlier years. Done correctly, discipline is not mean, even though it is never pleasant for parent or child. Proper discipline and training of children is one of the most loving things a parent can do, because they are helping to shape a more joyous, profitable future for the child. If a child has not learned to control themselves and obey authority by the time they reach adolescence they will face a miserable future.

Somewhere in their teens, the kids will face the issue of “making out.” I don’t care if the General Superintendent of my denomination let’s his kids do it, it is a form of sexual misconduct. Prior to the 20th century “making out” was considered part of sexual foreplay. People didn’t think of having just one part of sex before the twentieth century. Once couples are married they recognize this fact because they never engage in that foreplay without it leading to sex.  The modern experiment that has tried to separate this part of foreplay from the sexual act has been a total disaster. We have discovered that engaging in sexual foreplay leads to more serious, sexual acts. Excuse me while I say “duh.”

Spiritual training of the child starts from the very beginning. Every moment of the day is a form of spiritual training as you interact with the child, explain things to them, and model Christian behavior for them. In short, you are discipling them. Of course this should be supplemented with daily reading from the Bible (good picture Bibles at first) and even from other books. I remember reading a children’s version of the life of Amy Carmichael with a child as a powerful experience. Don’t forget to pray for them (Genesis 17:18; 2 Samuel 12:16; 1 Chronicles 22:12;29:19; Job 1:5).

The day your child moves out of the home is emotionally traumatic. The emotions eventually even out but one thought that will never leave you is “I wish I had done ____________ while they were still in the home.” The time to think about that is before they leave. Don’t keep putting things off that you would like to teach them or do with them. 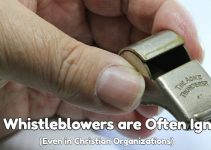