The word nepotism comes from the Latin word nepos, meaning “nephew” or “grandchild” and refers to the granting of employment to family members regardless of merit. The word’s usage is traced to the practice of popes in the middle ages who would bestow high, ecclesiastical offices (such as that of cardinal) to nephews and illegitimate sons (who were referred to as “nephews”).

Church historian Philip Schaff notes that higher office in the church was mostly limited during the middle ages to members of seven families, saying, “The cases in which the red hat [of a cardinal] was conferred for piety or learning were rare.” 1 The most notable practitioner of nepotism during this period was Pope Callixtus III (also referred to as Callistus III, born Alfonso de Borja [Italian Borgia]) who was pope from 1455–58.

The Catholic Encyclopedia says of this pope (calling him “Callistus”):

It injured the reputation of Callistus III, as it gave more color to the charges of nepotism which were even then freely levelled against him. He had already raised to the cardinalate two of his nephews, one of whom, the youthful Rodrigo [25 years old when made cardinal], was later to become Pope Alexander VI; he bestowed upon a third the governorship of the Castle of Sant’ Angelo and the title of Duke of Spoleto. Many asserted that his opposition to Ferdinand of Aragon was due to his desire of securing Naples for the worthless Duke of Spoleto. 2

Though, in the Old Testament, the monarchy was passed along to physical descendants, the New Testament advocates no such practice in church leadership. The apostolic dictate on the appointment of church leaders was that it should be done according to merit without favoritism of any kind:

I solemnly charge you in the presence of God and of Christ Jesus and of His chosen angels, to maintain these principles without bias, doing nothing in a spirit of partiality.” (1 Timothy 5:21 3)

The things which you have heard from me in the presence of many witnesses, entrust these to faithful men who will be able to teach others also. (2 Timothy 2:2)

Additionally, gifts of the Spirit which would enable and empower leaders to serve effectively are given sovereignly by the Holy Spirit (Hebrews 2:4, 1 Corinthians 12, and Romans 12:3-8). The church recognizes these gifts within individuals and subsequently places those persons in ministry positions to which their gifts most suit them. With apologies to the late Johnny Cochran, if The Holy Spirit does not anoint, we must not appoint. Character qualifications are also given for leaders, such as those in Titus 1:5-9:

For this reason I [Paul] left you [Titus] in Crete, that you would set in order what remains and appoint elders in every city as I directed you,  namely, if any man is above reproach, the husband of one wife, having children who believe, not accused of dissipation or rebellion. For the overseer must be above reproach as God’s steward, not self-willed, not quick-tempered, not addicted to wine, not pugnacious, not fond of sordid gain, but hospitable, loving what is good, sensible, just, devout, self-controlled, holding fast the faithful word which is in accordance with the teaching, so that he will be able both to exhort in sound doctrine and to refute those who contradict. 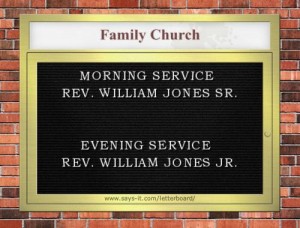 It seems that nepotism, which grants employment to family members regardless of merit, is not a New Testament method of appointing leaders or any paid staff. Apart from dominion theologians such as Rousas Rushdoony, who favor some form of imposition of Old Testament law, most Christian leaders and ethicists frown upon the practice.

The consideration and hiring of an employee who is closely connected–by a blood relation–to another employee can cause a great deal of concern for churches…Nepotism can create a group of people who are insular and self-referential; they are insulated from outside scrutiny and opinion and are allied together by powerful allegiances to each other. Our concern was to avoid any situations tending toward partiality and/or favoritism that threaten our church’s organizational unity and our ability to function cohesively 4

The Evangelical Council for Financial Accountability, a leading Evangelical organization for the promotion of financial integrity in the church, shows some concern over the practice in its sample policy for churches regarding nepotism:

“Policy.  XYZ Ministry permits the employment of qualified relatives of employees, of the employee’s household, or immediate family as long as such employment does not, in the opinion of the Ministry, create actual conflicts of interest.  For purposes of this policy, “qualified relative” is defined as a spouse, child, parent, sibling, grandparent, grandchild, aunt, uncle, first cousin, corresponding in-law, “step” relation, or any member of the employee’s household.  The Ministry will use sound judgment in the placement of related employees in accordance with the following guidelines:

• Individuals who are related by blood, marriage, or reside in the same household are permitted to work in the same Ministry department, provided no direct reporting or supervisor to subordinate relationship exists.  That is, no employee is permitted to work within “the chain of command” when one relative’s work responsibilities, salary, hours, career progress, benefits, or other terms and conditions of employ¬ment could be influenced by the other relative.

• Related employees may have no influence over the wages, hours, benefits, career progress and other terms and conditions of the other related staff members.

• Employees who marry while employed, or become part of the same household are treated in accordance with these guidelines.  That is, if in the opinion of the Ministry a conflict arises as a result of the relationship, one of the employees may be transferred at the earliest practicable time.

Any exceptions to this policy must be approved by the Ministry Board of Directors.” 5

This sample policy shows the ECFA’s concern with biased hiring, biased treatment, and lack of accountability when ministers hire relatives and oversee their work.

While nepotism is a questionable practice, it is not strictly forbidden in the New Testament. Still, as church history, articles such as the one by Robert Cubillos, and the ECFA’s sample policy all point out, it is generally unwise and often a poor testimony — especially if the employee/minister is accountable to a relative. In an article titled “He Ain’t Lazy, He’s My Brother,” The Warburg Watch relates the following anecdote:

It is human nature to favor your own family. Take a look at our story on Pray’s Mill Baptist Church. Mike Everson was adamantly opposed to pornography and even fired a staff member for viewing pornography on the church computer. However, when his son (a pastor on staff) was caught viewing pornography, he was allowed to remain on staff, and church members who knew were sworn to secrecy. 6

Unbiased evaluation and treatment of relatives goes against human nature.

Nepotism also inevitably raises questions in observer’s minds. The ECFA’s recommendation on related party transactions (in which a church pastor hires the business of a relative to perform a service for the church) points out this issue:

However, even if a transaction is economically beneficial to an organization, it may raise a public perception of questionable integrity [emphasis mine] or create a perception of self-dealing, and the possibility of such perception should be carefully considered before entering into a related-party transaction. 7

At the very least, the practice of nepotism gives the appearance to outsiders that the pastor is using unfair hiring practices and building a family kingdom at the church’s expense. If a pastor’s family member is truly qualified for a staff position, they should be able to find similar work at a different church. If they cannot find similar work elsewhere, they are likely not the most qualified candidate for the position in question.

Certainly there are many high profile cases of nepotism in the church today (Billy and Franklin Graham, for example), and I am not prepared to accuse them of impropriety. Such cases often work out well.

I would say, however, that based on the teaching of the New Testament and the testimony of history, nepotism is a practice that, as a whole, is detrimental to the church. In hiring, there are almost always qualified alternatives to family members, and choosing among those candidates avoids both favoritism and the appearance of it. Even the general public tends to consider nepotism unethical (often scandalous), and to avoid hindering the cause of Christ, I think it is best to refrain from it. 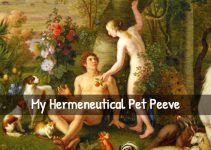