Contextualization in cross-cultural ministry is a rather delicate thing that tends to resist hard and fast rules. I most heartily agree with Hudson Taylor’s adoption of Chinese apparel and appearance in his efforts to make disciples in China. Still, the goal of contextualization is to maximize effectiveness in communication, and one must always be watchful to see the effect the particular contextualizing has on those in the target culture.

My first, real experience in cross-cultural ministry was my associate pastorate in an inner city church in New Orleans that was one block away from the St. Thomas housing project. I was the only white person in the church but I found the congregants as well as those in the neighborhood did not expect or want me to act culturally African American. For me to do so would have been clownish in their eyes. While my ministry there did take on a different style than it has in other locations, I remained true to myself — something the people of that neighborhood appreciated.

Another cross-cultural experience of mine came in my associate pastorate in a fairly large, country church. Everyone there knew I was not actually “one of them” (I had never even been deer hunting!). Each new experience in their culture (such as eating wild game at men’s meetings) was a source of delight to them. They loved to see this city boy get out in the woods and get his fancy clothes dirty. 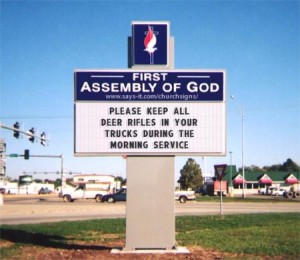 They got a kick out of seeing me shoot one of their guns at a camp-out in the woods (I had never fired a gun before that in spite of growing up in New Orleans). Still, I think they would have felt insulted if I had mimicked them in my preaching or teaching. They had too much self-respect to happily endure anything that smelled of condescending play-acting.

There is no formula for adapting to culture while remaining true to oneself. It requires a kind of emotional intelligence. If one never feels awkward in what they do, they are not adapting to something new to them. Nevertheless, one should be wary of any style of conduct or speech that makes them feel silly. This kind of “contextualizing” will only detract from one’s effectiveness in communicating truth.

I do think there is a point at which a hard and fast rule can be applied to contextualization. While it should go without saying that contextualization should never sacrifice biblical morals or truth, this is something that does sometimes need to be pointed out. I once met a self-appointed missionary to the New Orleans drug culture that considered his own drug use to be proper contextualization for his ministry. When I met one of the people he considered the target of his ministry, it was clear to me that this person considered the “missionary” to be a buffoon. I have found that even the most carnal of unbelievers expect a Christian to live like a Christian.

While the above anecdote represents an uncommon extreme, I have found that compromising Gospel truth for the sake of contextualizing is done more frequently. In the history of the church, evangelists and teachers have been periodically tempted to conform Christian teaching to worldly ideas. Unbelief has not been our downfall as much as the mixing of our beliefs with foreign concepts has. The result is always poisonous to real faith.

The bold proclamation of Gospel truth should not be categorically equated in our minds with arrogance. We really do have the good news of a saving message that others need to hear, and we are not ashamed of that gospel. Our claim to have light in the darkness seems silly if we substantially accommodate belief systems in the darkness. Still, boldness need not be brash. Offering the good news should never sound mean spirited.

We should also be considerate of our hearers in the content of our communication. Like Paul on Mars Hill, we should seek common ground on which to start our proclamation. It is also good to acknowledge the valid points already believed by our hearers, and it is wise to endear ourselves to them at the beginning of our proclamation. My friend Leonard Sweet calls this “bear hug evangelism.”

As Don Richardson famously did in New Guinea (as told in Peace Child), we should also search for the most fitting illustrations of truth in each culture. Still, we must never shirk our duty to call others to repent and believe the 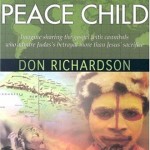 faith once given for all. If biblical morals or doctrine are abandoned for the sake of making converts, we are actually only converting ourselves to the faith of those we speak to.

In the end, cultural differences do not negate our common humanity. We have more in common with those from other cultures than we are inclined to think. Heart speaks to heart, and at a very basic level we can understand one another as fellow men and women created in God’s image. We most certainly should contextualize — within the limits dictated by biblical truth, biblical morals, and emotional intelligence. We should be considerate to our hearers in the style and content of our communication without compromising fundamental truths, and we should adapt to culture without compromising morals. We should also be considerate to our hearers’ culture without being untrue to ourselves. 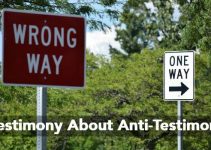