“Propaganda” is a rather slippery term that has been used with various connotations. Though usage with innocuous meaning is still acceptable, in most minds the word carries mainly negative implications — as dissemination of material that is misleading and exploitive. This is largely how Jaques Ellul, for example, approached the topic in Propaganda: The Formation of Men’s Attitudes.  This negative connotation of the word is the one I intend in what I write below.

There are different kinds of propaganda and different methods of exploitive manipulation within each kind. Propaganda often involves the telling of outright lies, but not always. A completely truthful account of history (including church history) can be propaganda in the negative sense through an overly subjective selection of data. It is a subtle form of bearing false witness:

He who speaks truth tells what is right, but a false witness, deceit. (Proverbs 12:17 NASB)

In propaganda truth pays… It is a complete delusion to think of the brilliant propagandist as being a professional liar. The brilliant propagandist is the man who tells the truth, or that selection of the truth [emphasis mine] which is requisite for his purpose, and tells it in such a way that the recipient does not think he is receiving any propaganda… The art of propaganda is not telling lies, but rather selecting the truth you require and giving it mixed up with some truths the audience wants to hear (quoted by William Daugherty in  “The Creed of a Modern Propagandist” in Daugherty, W and Janowitz, M eds.  A Psychological Warfare Casebook [Baltimore: Johns Hopkins University Press, 1958], 35-46).

A propagandist may be dishonest overall through a misleading selection of isolated facts that consequently paints a distorted picture of the subject discussed. Similarly, an unethical, used car salesman may be completely truthful in everything he or she says about a car. In spite of telling only truths, the salesman may misrepresent the product through the undesirable particulars he or she deliberately omits from the description of the car.

I find that in this manner, some histories of specific denominations written by their advocates are propaganda to some degree. As a Pentecostal student of Pentecostal and Charismatic movements, I have found a good deal of this kind of propaganda written by Pentecostal/Charismatic advocates. While I could provide several examples of Pentecostal/Charismatic propaganda, I think perhaps the worst examples I have read have come from the pen of Richard M. Riss, who is most known for his writings on the Latter Rain Movement (which began in the mid-20th century and continues to this day under new monikers such as the New Apostolic Reformation), though he has produced similar propaganda on behalf of figures such as E. W. Kenyon.

Though Riss knows a great deal about the Latter Rain Movement (and apparently likes all that he knows) he does not tell his readers about elements of the movement that most Evangelicals would strongly disapprove of. It is interesting to note that Riss’s Master’s Thesis on the movement does contain some of these details which he has edited out of his writings for the general public.

One would never know, for example, from Riss’s published writings about the Latter Rain Movement that several (though not all) of its most prominent leaders denied the blood atonement, denied there would be an eternal hell, believed in the ultimate deification and complete glorification of the Church prior to Christ’s return, and believed the devil would be saved.

I only use Riss as an extreme example of the Christian propagandist. I believe there are many aspects of Martin Luther’s life and thinking that most Lutherans are unaware of, many things about John Calvin that most Calvinists don’t know, and many aspects of Roman Catholic history most Catholics are ignorant of. Similar things could be said of any denomination (including my own) or movement.

The Christian public’s ignorance of unflattering, historical particulars is largely due to the propagandist approach to Church history by authors with an agenda — one concerned more with promotion of a certain denomination, movement, or ministry than with providing the truth, the whole truth, and nothing but the truth.

The church has been blessed with many outstanding historians who maintain high standards of professional integrity. Nevertheless, Christian propaganda is unfortunately, sometimes published. This results in believers who are unwary of past errors they should watch out for and avoid.

To illustrate how this kind of misleading “history” can be written, I have composed the fictitious encyclopedia entry below. It is the kind a modern, Nazi propagandist might write using the same techniques some Christian historians have in selecting only the specifics that the general readership will approve of. All of the details in the “encyclopedic article” below are completely true. The “article” becomes misleading propaganda though what it fails to say.

Adolf Hitler was an Austrian-born German politician who served Germany as its leader from 1934-1945. He was the beloved son of Alois and Klara Hitler. Known throughout his life as a spiritually-minded man, Adolf attended a Catholic school in an 11th-century Benedictine cloister where he took singing lessons and sang in the church choir. Hitler entertained thoughts of becoming a Catholic priest but did not follow through with that ambition, probably due to his preference for certain aspects of Protestantism.

As he grew older, Hitler developed a love for painting and fascination with architecture which remained with him for the rest of his life. He also dedicated himself to numerous social and political causes. Adolf was ahead of his time in his concerns for healthy living and animal rights. He did not smoke or drink alcoholic beverages, and was a strict vegetarian. His sensitivity toward animal welfare caused him to frequently and publicly denounce the inhumane slaughter of animals that were used in meat products.

When his nation needed him, Hitler served in the military. During his service in WWI, he was decorated for bravery, receiving the Iron Cross and the Wound Badge. In spite of his courage in battle, Adolf never forgot his love for art, even during the war. While stationed at the headquarters, Hitler pursued his artwork, drawing cartoons for an army newspaper.

After the war, Adolf largely dedicated himself to the political causes that he passionately cared for. He was an outspoken opponent of communism and was especially renowned for his skills in impassioned, political oratory which touched the lives of many people. He was praised by many Germans for his dedication to the fatherland and was frequently greeted with a hearty “heil” from his admirers.

Hitler rose rapidly through the levels of political office, developing along the way a group of devoted followers who shared his concerns and remained loyal to him throughout his career. In time, the president of Germany, Paul von Hindenburg, arranged for Hitler to serve as Germany’s chancellor. Upon Hindenburg’s death in 1934, Hitler found himself in the position of Germany’s highest responsibility, leading his beloved fatherland through the difficult years that followed.

One of Hitler’s greatest achievements was his ambitious autobahn construction project which employed over 100,000 laborers at construction sites all over Germany. The project not only provided much needed employment, it dramatically improved the nation’s infrastructure, which proved to be a crucial part of Germany’s economic recovery efforts.

As leader of Germany, Hitler was known most for his achievements in foreign policy. He formed a strong alliance with Japan and enjoyed a warm relationship with Benito Mussolini, the minister of Italy. Adolf worked with British Prime Minister, Neville Chamberlain, to construct the Munich Agreement, which Chamberlain cheerfully declared to the world had brought “peace for our time.”

Throughout his political career, Hitler found himself in a struggle with communist forces. This tension reached its climax when, in April of 1945, the communist Red Army invaded the German homeland and advanced inward. Fierce combat erupted in Berlin as the Russian troops entered the city, but the scant German forces there were no match for the well trained communist army. Hitler and his beloved wife, Eva were eventually found deceased within the city that they did not desert, even in its darkest hour.

Adolf Hitler left a lasting legacy and is considered by historians to be one of the most prominent figures of the 20th century. Well into the 21st century, Hitler is still admired by various, political groups, especially in the United States. Adolf’s ideals and passions continue to resonate through these small, but highly dedicated clans who have united around the ideology espoused by Hitler. These modern sharers of Hitler’s concerns frequently adorn themselves with the kind of regalia worn by earlier followers of Hitler’s social and political views.

Hitler has also remained a significant part of artistic and social consciousness. Numerous works in popular music and literature feature Adolf prominently. The 2011 Bollywood film, Dear Friend Hitler, is based on the letters written to Hitler by Mahatma Gandhi. Elvis Costello, who has worked extensively in Britain’s “Rock Against Racism” campaign, entitled one of his songs “Two Little Hitlers.”

Hitler’s legacy is still felt in political dialog as well. It is not uncommon for a politician to be compared to the German leader by one or more of his peers. Observers have additionally noted that contemporary, internet discussions frequently make use of Hitler’s name during the course of intense, ideological exchange. Every authority in history and social science agree that Adolf Hitler’s life and aspirations will never be forgotten.

I use the above “encyclopedia entry” as an extreme illustration of just how overly subjective selection of data can misrepresent a person or movement by simple omission of unflattering details. An ignorant reader of this kind of propaganda about Hitler would, unless otherwise informed, remain in the dark about the atrocities and genocide committed by this morally monstrous man and those who did his evil bidding.

I am by no means suggesting that the Christian propaganda I speak of is as bad as the illustration I use concerning Hitler. I would say, however, that some Christian writing is guilty of the kind of misrepresentation it illustrates, even though not to the same degree. It is crucial that we be objective and fully forthcoming as we speak and write about Christian movements and people. If we fail in this task we will never learn all that we should from the past, and if we give a falsely positive impression of an aberrant movement or false teacher we may encourage other believers to fall into that kind of aberrance and error.

For our proud confidence is this: the testimony of our conscience, that in holiness and godly sincerity, not in fleshly wisdom but in the grace of God, we have conducted ourselves in the world, and especially toward you. (2 Corinthians 1:12 NASB) 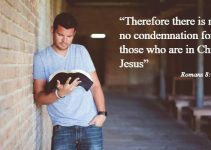