One thing I have seen to be a predictable phenomenon is that Christians have a hard time distinguishing between the God of their salvation and the setting in which they first experienced Him. I agree with the following statement made by Carl Henry during an interview in 1980:

“The spiritually reborn often naÃ¯vely accept all the marginal trappings attaching to their first discovery of the crucified and risen Redeemer.”

To see an extreme example of this we can look at groups such as the Amish, in which the precise cultural and technological setting in which their forefathers received Christ is thought to be an essential part of the religion.
Somewhat similarly, I once pastored in a part of the country that had experienced a genuine revival in the 1940’s and 50’s. Architecture, music styles, preaching styles, and many trivialities had not changed in the region since then.

In one church of the area that I spoke in, the musicians would not use microphones or amplification (though the preacher was allowed to). The reasoning was that such things were not used during the move of God in the 40’s and 50’s, so it would be a kind of backsliding to deviate from any of the trappings associated with that revival. Far from preserving the revival, the region had seriously declined spiritually and church attendance had gone down dramatically.

I find that Christian association with such things as worship styles and architecture is a timeless and universal phenomenon. We all seem to think the real way to do things is how they were done when we were first saved. A more subtle association is made, however, with doctrine. I find that most people who are saved in a particular church will continue to believe what was taught in that congregation.

We don’t mind so much being different from those in other denominations or congregations, but we have a herd instinct that causes us to think our group is always right. Many Christians seem to find it quite difficult psychologically to disagree with something their group says or does. They find their identity in the group and want to fully cling to that. 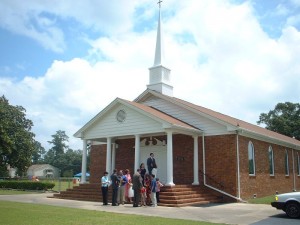 I would just gently remind all believers that no group will answer for them to God. We are accountable for ourselves regardless of what our group says. Becoming a Christian does not involve giving up your right and responsibility to think for yourself.

Free thinkers will never find a church that agrees with them in all points, though. I have been in many churches and only agreed on every point with the Senior Pastor in two of those — and I pastored both of those churches. I am the only person with whom I never disagree. I find no fault with my opinions, because, of course, I would change them if I did. This is true of us all.

I am now affiliated with the Assemblies of God, but there are certain points with which I disagree with my own denomination. To me, those who never question and never disagree are in danger of cultic devotion to their group. If you agree with absolutely everything someone else says, I question if you are thinking for yourself.

The good news is that it is no sin to disagree with someone. Nor is it wrong to question some particular doctrine or practice taught by the group in which you were saved. God did not save you there because that group was perfect. He saved you there because He loves you. God’s blessings on or through any group is always in spite of some things. Thank God He blesses less than the ideal. If He did not, none of us would have any hope!

If you find you disagree with minor things in your church it is usually best not to make an issue of such things unless just the right opportunity to say something arises. If you disagree with something major, I believe it is best to find somewhere else to fellowship. It is not right to stay in a church and see your role as one of changing the whole church on some major point. If you are an Arminian, for example, and consider that belief to be extremely important, it is not wise or conducive to loving fellowship for you to attend a Calvinist church with the intent of “setting them all straight.”

The best any of us can hope for is to find a church that is in harmony with our views on essential doctrines and practices. If you find that this description does not fit the church in which you were saved, it is no sin find a church that is a better fit for you. Still, I would never speak unkindly to the former group. You should be eternally grateful to them for preaching enough of the gospel message for you to hear, believe, and repent. Thank God for them.

God mercifully meets and blesses those who seek Him with all their heart; despite their sometimes defective notions…We should be glad that our God is so good.” — J. I. Packer

No single ministry owns exclusive rights to your thoughts. We are not to commit intellectual suicide when we become part of a ministry. — Charles Swindoll 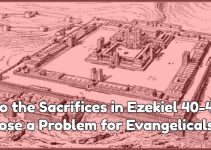