On my first day on the job, I did not get past trying to get the boys seated. Issuing commands with my most authoritative tone, I repeatedly told the boys to sit. One boy running past me replied, “No.”

I was out of ammunition and went down in defeat. Over the course of two years I learned how to conduct the class in such a way that the boys came in, found a seat, stayed seated (for the most part), and paid attention. The key to it all can be expressed in one word, “attention.” One must do whatever it takes to get their attention and keep it.

It takes a lot to compete for the attention of kids who have steadily dieted on television, movies, and video games. The children’s worker has to be extreme, absurd, funny, or fascinating. I learned magic tricks and specialized in scripting wild object lessons.

These wild object lessons later developed into even wilder skits in the children’s ministry of my first pastorate. I would do almost anything for a moment of attention. I have been dowsed with water, pretended to drink shampoo, and performed fake surgery in which I took real chicken livers out of hidden pockets on a cloth draped over a volunteer.

A child’s attention is fleeting, though. Once one grabs their attention, the moment most be fully used to express a related truth. Kid’s can’t sit still for too much of that, however, and a transition must be quickly made to an action song and other activity until a new, teachable moment is created.

The secret is to string together a series of such moments that cohere and develop into an overall message that is summed up at the end and which the kid’s are challenged to apply to their lives. I have never been an extrovert but the need for survival in ministering to kids forced me out of my comfort zone.

Then some children were brought to Him so that He might lay His hands on them and pray; and the disciples rebuked them. But Jesus said, “Let the children alone, and do not hinder them from coming to Me; for the kingdom of heaven belongs to such as these.” (Matthew 19:13-14 NASB) 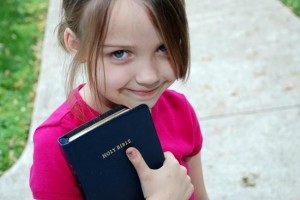 Kids matter to God just as surely as adults do. To minister to them we must be willing to enter their world and speak to them in ways to which they will listen. Children’s ministry must be contextualized to kids’ culture and those who minister to that culture cannot be afraid to look a bit childish from time to time. If we really love them we will do whatever it takes to communicate God’s Word to children.