During the course of over twenty-five years of involvement in ministry I have had the privilege of knowing and working with many church leaders who sincerely loved God and His people, and who served them with integrity.

I have, however, also known and worked with a small number of leaders who lacked such sincerity and integrity. From observing the skills and methods used by these errant leaders, I have learned valuable lessons I believe have helped me to recognize the same tendencies in myself at the earliest stages and to thus avoid a complete fall. They have also helped me to make wiser choices regarding what ministers and ministries I involve myself with. 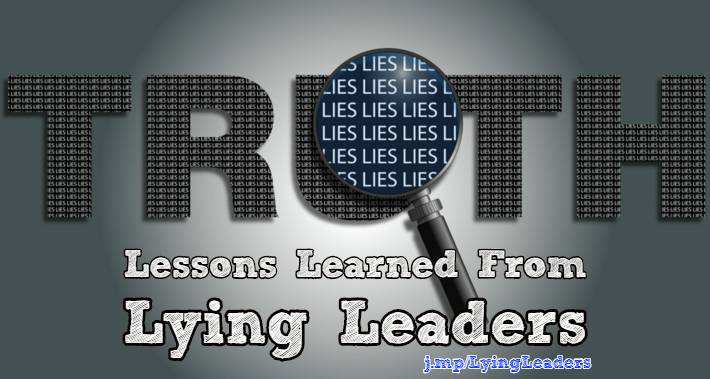 In most of the cases I have observed the first and most dominant character flaw that others uncover in these leaders is dishonesty. Lying is particularly tempting to leaders because they are in a position of authority that often makes it easy for them to lie without getting caught. Usually, the most easily detected lies these leaders tell are exaggerations of their ministry results, and misrepresentations of their spiritual lives and work habits. The leader who feels comfortable repeatedly lying to the church about such things frequently proves to be unreliable and deceptive in his or her dealings with church finances, and corrupt in other areas of his or her personal morals.

The rewards lying brings such leaders reinforces the practice and their lying can become habitual. I believe that such lying is a serious sin in itself (see Acts 5:1-11) and that the modern church has often treated it too trivially. 1 Lying leaders inevitably hurt other Christians, bring reproach upon the Gospel, and bring both temporal and eternal harm to themselves. In an effort to possibly prevent some of this harm occurring in the future I share in this article three major lessons (each followed by a number of observations) I have learned from my exposure to lying leaders.

Table of Contents hide
1 Lying leaders need facilitators
2 Effective lying leaders have a charming and forceful personality that they use to their advantage.
3 Lying leaders are headed down a moral slippery slope
4 Conclusion
5 See Also
6 Copyright

Effective lying leaders have a charming and forceful personality that they use to their advantage.

Lying leaders are headed down a moral slippery slope

For those who have seen a picture of themselves painted in this article and who feel trapped in a prison of hypocrisy and deceit, know that there is a way of escape. If you long to be restored to integrity there is a door that leads to the way back. It is painful to open it. You must be willing to confess hidden things to the proper people and possibly step down for now from the position you hold. But after the pain you will find righteousness, sincerity, wholeness, and self-respect. Whatever your history, you can end well. May God help you to make this decision now.

For those who know someone who resembles the portrait just painted, you must decide if you care enough about this person to make the painful choice to confront or discipline them. He or she needs your help. If you do nothing, this lying leader will eventually have to give an account to God and you will answer for being a facilitator. Out of love for God, the church, and the lying leaders themselves, let us uphold a high standard of honesty among church leaders.

See also David’s article, Some Red Flags When Evaluating a Ministry
Also by David Kowalski: “Name it and Frame it” — Phony Doctorates in the Church
Is Your Church Free from Cult-like Tendencies?
What is Spiritual Abuse?
Why Whistleblowers are Often Ignored (Even in Christian Organizations)

© Copyright 2006 by David Kowalkski. All rights reserved. Links to this post are encouraged. Do not repost or republish without permission.