There is nothing more refreshing than to encounter genuine integrity, and this is what I find in Ralph Woodrow, the Christian author of a big selling book that he took out of print for reasons of conscience — who then wrote another book refuting this first one. 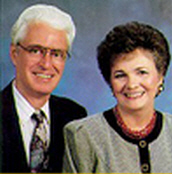 Woodrow’s Babylon Mystery Religion (first published in 1966) was based on the findings in Alexander Hislop’s old book The Two Babylons (originally published in 1853), which detailed ways in which he said Roman Catholicism borrowed from pagan religion. The Ralph Woodrow Evangelistic Association’s income from sales of the book exceeded all other book sales and offerings put together, and he was hailed as an authority on the subject of the pagan origins of Roman Catholic practices.

All seemed well until a high school teacher informed him that much of the research in Hislop’s old book was unreliable. This was no challenge from denominational authorities or eminent scholars. There was no public pressure — just some information from a high school teacher.

Woodrow did not react defensively as most authors of big selling books would. Instead, he painstakingly investigated the matter and found the teacher was right. Though there were elements of truth in Hislop’s book, much of the supposed scholarship was based on mere myth and legend, and there were some weaknesses in Hislop’s logic.

Woodrow did not merely take his book which was based on Hislop’s out of print; he replaced it in 1997 with another, The Babylon Connection?, in which he explained just how he had been wrong in his previous, popular book. [1] This was a remarkable thing. I have found it to be an almost certain principle that once a speaker or author goes on public record as asserting a particular thesis, he or she almost never backs down from it regardless of the evidence or reasoning that surfaces to refute it.

Pride is such a dangerous and deceitful thing. It ensnares us and forbids us from admitting, even to ourselves, that we were wrong in what we told other people to believe — especially when others have called us an authority on the subject. One reviewer of The Babylon Connection? expressed his admiration for Woodrow’s character as follows:

“He [Woodrow] is the only Christian author I have ever seen who was honest enough to admit he was wrong, pull his own best-selling book, and write a brief refutation of it. He did this knowing that it would mean the subsequent loss of his great popularity, as well as paid speaking engagements, and mountains of cash in future sales and sequels (like modern end-times gurus churn out in grotesque quantities). That, brothers and sisters, is a Christian man of character and honor.” [2]

Ralph Woodrow at one time considered an Assemblies of God church his home fellowship while he conducted his ministry elsewhere. He enjoys his fellowship with us (I am an A/G minister) but has never sought credentials with our denomination. Brother Woodrow tells me doctrinal considerations were never the primary reason he stayed independent, but concedes that the Assemblies of God’s particular view of the rapture (which he differs from) may have played some, small part in his staying outside of our boundaries.

Brother Woodrow politely related to me by email an anecdote of one of the Assemblies of God’s General Superintendents who privately made light of his difference from A/G posturing on this point. Implied in his telling of the anecdote was Woodrow’s apparent preference to be true to himself and to his faith over being a General Superintendent, and given the opportunity to choose between the two, I genuinely believe he would choose the former over the latter.

I would like to think that if I were in a circumstance similar to the one Ralph Woodrow faced regarding Babylon Mystery Religion I would act as he did, but it is hard to say for sure. “The heart is more deceitful than all else and is desperately sick; who can understand it?” (Jeremiah 17:9 NASB). I know I make mistakes. I just pray for grace to show the kind of integrity Ralph Woodrow has when my mistakes are exposed.

“The integrity of the upright will guide them, But the crookedness of the treacherous will destroy them.” (Proverbs 11:3 NASB)

“Better is the poor who walks in his integrity Than he who is crooked though he be rich.” (Proverbs 28:6 NASB)