This 2-hour television documentary on cults was produced in 2007 by Partisan Pictures for the History Channel.

The documentary was described as follows:

Journey behind closed doors into a secret world where faith and devotion give way to desperation and despair.

From the bizarre prophecies of Charles Manson to the desperate paranoia of Jim Jones, cult leaders draw followers into worlds of power, obsession, and sometimes death.

Hear from parents who have lost their children to cults and travel back in time to examine how cults have been attracting devotees throughout history.

In August 2009 Cults: Dangerous Devotion was released on DVD. It is also posted at various online documentary websites as well as on YouTube.

The video is somewhat dated and is of limited value to those who seek in-depth information on what motivates people to join cults.

We include it primarily for its historical value, and because cult apologists — academic defenders of cults — have tended to downplay the destructive nature of some cults.

Still, as one reviewer notes on Amazon.com:

[T]his video seems to go for the dramatic and sensational at the expense of truly exploring the cults it documents. What I mean by that, using its coverage of Jonestown as an example, is that the video documents lots of photos and footage and has an exciting narrator and reveals all sorts of events that occurred, but not much about the underlying reasons people followed them. Not much on their doctrines, their actual practices. Not much about how they convinced people to join and stay.

Even the former member they interviewed, they only used snippets of him talking about events, and not about how he became involved. I think this is definitely an important, if not THE most important, aspect of understanding cults, if we are to protect ourselves and others against becoming involved in them

Another reviewer is more positive but also includes a cautionary note:

This is, by and large, a pretty good – and certainly interesting – look at the mindset of cults and especially cult leaders, with comparisons drawn among several prominent examples. Robert J. Lifton, Harvard Professor of Psychiatry, and other experts basically lay out the characteristics that define a cult and expound upon the flawed psychological similarities that leaders of fanatical cults seem to share. Then this knowledge is applied to several classic examples of dangerous cults: Warren Jeffs and the FLDS Church, Jim Jones and the People’s Temple, Shoko Asahara and Aum Shinrikyo, Charles Manson and his “Family,” David Koresh and the Branch Davidians, and Paul SchÃ¤fer’s Colonia Dignidad in Chile. […]

The one thing that bothered me about this documentary, though, was the narrator’s insistence, on multiple occasions, that the major religions of the world, especially Christianity, started out as cults in their own right. The first attack on Christianity comes right after Robert J. Lifton had lain out the characteristics that define a cult, characteristics that did not apply to Christianity or any of the other major religions of the world at any time. That strong hint of anti-religion bias taints what is otherwise a most informative look at the dark and destructive power of cults.

Indeed, the documentary does little to educated the viewers on the distinctions between different types of cults — nor does it address the differences between sociological and theological definitions of a cult.

The cults highlighted in the documentary are examples of destructive cults.

Learn more about cults at CultFAQ.org

If you need a Cult Expert, don’t be taken in by loose canons, charlatans, and various unethical types. 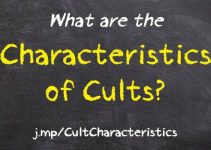 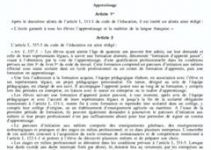 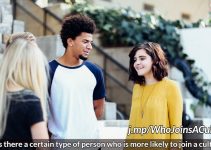