Brooks Alexander earned a degree in Political Science from Texas Christian University in 1958, and did two further years of graduate study at TCU in International Politics.

He attended the University of Texas Law School at Austin full-time for three years; in 1962 he wrote the prize-winning brief for his school’s team at the National Moot Court Competition. Then, in 1964, he “turned on, tuned in and dropped out” (after taking peyote) to become part of the emerging drug and occult “counterculture”.

He quickly absorbed the Eastern philosophies and spiritual enthusiasms that suffused the growing psychedelic movement, as promoted by people like Timothy Leary and Richard Alpert. He also migrated to New York City, where he worked as an Insurance Claims Adjuster and took LSD for the first time. In August,1965, Alexander quit his job in Manhattan and bought a one-way ticket to California, the epicenter of the counterculture. After a three-day bus ride across the country, he arrived in Los Angeles on the day that the Watts Riots started. 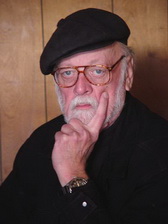 While in L. A., Alexander worked as a Title Searcher and served as law-clerk for the President of the Criminal Lawyers’ Bar Association. At the same time, he was pursuing new-found artistic abilities; in 1966, he moved to San Diego to work as a commercial artist, producing custom rug designs for an international carpet company.

As part of his spiritual search, Alexander became an early initiate of Transcendental Meditation (TM) in 1966. That same year, he was informally “initiated” into the experience of occult gnosis (i.e., that Mind is the ground of all Reality) by A. Stanley Owsley, the so-called “Henry Ford of LSD.”

In the Spring of 1967, Alexander moved to San Francisco’s Haight-Ashbury for the much publicized “Summer of Love.” While there, he avidly pursued his goal of enlightenment by any means available — including both TM and psychedelic drugs. In the meantime, he earned his living as a graphic artist, producing cover artwork for several of the “underground newspapers” that were popular at the time.

Unfortunately, the euphoric utopia of “Love” lasted only as long as the Summer itself. The Fall and Winter of 1967-’68 saw the rapid decay of the hippie dream, and many of those who still believed in it left the city for nearby rural havens. Alexander joined that exodus. He lived for over a year in the redwood rainforests north of San Francisco, near the town of Guerneville on the Russian River. During that time of study and soul-searching, he lived communally and worked as a factory-carpenter, wielding a nail-gun, crowbar and power-saw in a fast-paced, high-pressure assembly-line for pre-fabricated buildings.

Out of that environment, Alexander became a Christian believer in Berkeley, California, in the fall of 1969. He was among the first to be touched by a wave of spiritual conversions that swept through the counterculture in the early 1970s (dubbed later by the media as the “Jesus Movement”). Alexander devoted himself to studying his previous spiritual commitment through the eyes of his new spiritual worldview. As a participant in the spiritual explosion of the 1960s, he knew that he had been part of something that was more than just a passing fad. He understood that the forces it had unlocked would profoundly affect our future. And he realized that his immersion in the counterculture gave him a unique opportunity to understand what was happening, and to communicate to others about it.

With those concerns in mind, Alexander founded an evangelical think-tank in Berkeley in 1973 to chronicle and critique the growing influence of Eastern and occult spirituality in our culture.

The Spiritual Counterfeits Project (SCP), as it was called, soon plunged into the “culture war” that was brewing even at that early stage. Alexander and SCP travelled halfway across the country to confront and expose the false messianic claims of Guru Maharaj-Ji, the so-called “teenaged guru,” at his “Millennium ’73” festival in Houston, Texas. SCP next made national headlines by becoming the active plaintiff in a federal lawsuit to prohibit the teaching of Transcendental Meditation in the public schools on constitutional grounds. Alexander was personally familiar with TM and with constitutional law, and it was clear to him that TM was a form of religious practice (even though TM tried to deny it) and was therefore not eligible for public funding — in the schools or anywhere else. The Federal District Court eventually agreed, and the judge’s lengthy and lucid opinion has become an oft-cited landmark case in church-state relations (Malnak v. Yogi, 440 F. Supp. 1284 (1977); 592 F. 2nd 197 (3rd Cir. 1979)).

But SCP’s primary business was publishing. Under Alexander’s direction, SCP began publishing the SCP Journal in 1975. Each quarterly issue dealt with a different aspect of the counter-culture’s impact on our culture at large. Over the years, Alexander’s work has remained at the cutting edge of cultural apologetics. That has meant publishing on a wide variety of topics — including thanatology, holistic medicine, Eckankar, UFOs, Addiction and the “Recovery Movement,” Deep Ecology, Education, Cyberspace, Church-State relations, the “New World Order,” the coming global church, Virtual Reality, the “Angel Movement,” and Neo-Witchcraft, to name just a few. Alexander and SCP foresaw the New Age Movement and predicted the rise of “channelling” a full decade before either of them entered plublic awareness.

In 1998, after almost a quarter century of work in the ministry he founded, Alexander retired from active participation in SCP. He currently works as an independent writer and editor. 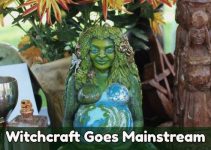